Candidates welcome to the official page of Major Kalshi Classes. Here we are to tell you about all the steps related to How to join Indian Armed Forces?. Hereby, we have got everything for you so as to be ready about the dream job you wished to get. Serving the nation as an army man is no doubt a religious outgiving for the nation. We would suggest the aspiring candidates prepare well for the exams related. The preparations you do only those may lead you towards your career goals. Only those preparations may charm your mind so as to go forward in the direction to give away even your carrier. Even your life. And everything else.

“Men in uniforms.” Most of us symbolize the paramilitary guys in the same way. Furthermore, their costumes enhance their proud outlook so as to be a part of the major forces which protect the nation.

Other than maintaining India’s internal security by patrolling the Indian borders – from the northeast to the Thar desert, the paramilitary is also being deployed for diverse roles such as ensuring fair and peaceful conduct of elections, protection against terrorists & Maoists, VIP protection and providing help in the midst of a natural calamity.

Structural organisation of How to join Indian Armed Forces?

The paramilitary forces are constituted in order to perform the function of security forces on borders of the country as well as. They serve the nation’s internal security and integrity, in order to protect the country from the internal-external threats.

These forces comprise of two-tier structure:-

Both of these work under the Home Ministry of India. Unlike the armed forces which are under Defence Ministry.

For every second examination you give, Major Kalshi Classes has been there to assist you with all the study material and preparation content so as to provide you with chances for qualification. So Choose the best Choose us!

Here, we have given the list of all the examinations which are held for the recruitments of Army men, Airmen, Navy men, Engineers, Jawaans etc. You will get an overview of all kinds of examinations you need to prepare for the Defence Services. Hence, if you want to be an aspirant for the defence services and you want to be someone serving the nation so you are on the right platform. So keep reading and try to understand the concepts of the examinations.

The list for defence examinations tabulated according to the educational qualifications is given as follows:-

The Union Public Service Commission recruits the Commissioned Officers in the Armed Forces by conducting mainly the two all India Competitive Examinations.

Apart from recruitment through the UPSC, the commissioned officers are also recruited in the Army through the Non-UPSC entries.

If you are recruited through the PC then you will serve the army till you retire. Short Service Commission for the short time service in Indian Army, after the over of your tenure you can apply for PC or ask for the commission to extend your Tenure.

A job in the Navy offers you a chance to exploit your true potential as a professional – by learning new skills, acquiring unrivalled experience in the process of applying those skills, and making the most of Navy advancement

This is all about How to join Indian Armed Forces? If you guys want to serve for the nation and wanted to clear Defence examination, can join Major Kalshi Classes, Here we have experienced faculty for all the subjects. For more inquiry, you can call us at 9696220022 and 9696330033 or go to our official website www.majorkalshiclasses.com. Thank you. All the Best! 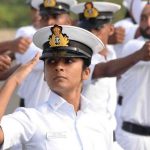 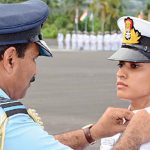 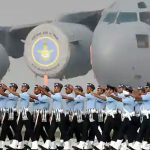 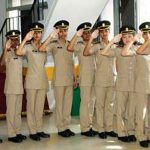