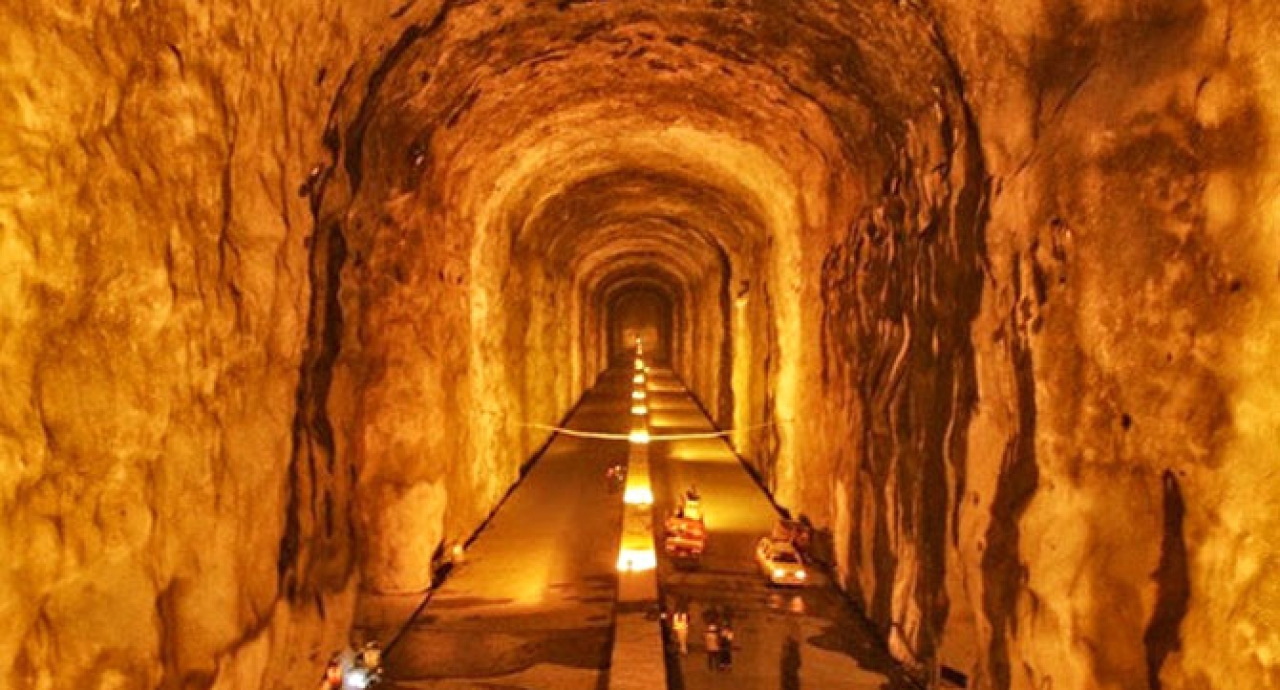 Strategic Petroleum Reserves – In a simple language, a strategic petroleum reserve is a place where a large amount of oil can be stored for future use as the government has to stay prepared with emergency stores of crude oil to tide over severe supply shocks of this critical fuel.

Strategic petroleum reserves are essentially huge stockpiles of crude oil to keep the wheels of the country running in crunch situations. Many major global oil consumers such as the US, China, and Japan have built massive strategic reserves of oil over the years, and India too embarked on the path in the last decade. Indian Strategic Petroleum Reserves Ltd, a special purpose vehicle under the Oil and Gas Ministry, has constructed three strategic petroleum reserves in huge underground rock caverns at Visakhapatnam on the East Coast, and at Mangaluru and Padur on the West Coast.

India is the world’s third largest energy consumer after the US and China. The trouble is, we produce very little oil of our own and are dependent on imports for more than 80 percent of our needs. The chunk of this is from West Asia which is often in the midst some geo-political face-off or the other. There’s no saying when some major supplier would toy with the idea of arm-twisting India. Added to this, there’s always the risk of supply disruption from natural disasters, war or other calamities. In short, our energy demand-supply dynamic is delicately poised. Strategic petroleum reserves add much-needed heft to the country’s energy security, giving us crucial time and breathing space if push comes to shove.

The cabinet’s decision comes against the backdrop of uncertain global energy markets. A case in point is the US government on Wednesday asking all countries, including India, to stop oil imports from Iran by 4 November. India, the third largest global energy consumer and also the third largest crude importer is a top buyer of Iranian oil. Of the 220.4 million metric tonnes of oil imported by India in 2017-18, about 9.4% was from Iran.

The Organization of the Petroleum Exporting Countries, which accounts for about 83% of India’s total crude oil imports and 40% of global production, is also looking to strengthen its cooperation with Russia on production control. Falling production in Venezuela and geopolitical tensions have also added to the uncertainties.

Abu Dhabi National Oil Co. (Adnoc), the state-run oil company of the United Arab Emirates (UAE), is the only one to commit to India’s crude oil reserve program till date. It has also become a stakeholder in one of the largest global refinery and petrochemicals complexes coming up at Ratnagiri in Maharashtra, along with the world’s biggest oil producer, Saudi Arabian Oil Co., or Saudi Aramco, and a consortium of Indian state-run companies.

“Creating storage facilities is an important part of India’s energy security efforts,” said petroleum minister Dharmendra Pradhan at the launch of the roadshow for the second phase in New Delhi that will require an investment of $1.6 billion under the public-private-partnership (PPP) mode.

The government has given ‘in principle’ approval in June 2018 for establishing additional 6.5 MMT SPR facilities at Chandikhol in Odisha and Padur in Karnataka, which is expected to augment India’s energy security by 11.5 days according to the consumption data for FY 2017-18.

The Oil Game in the World | Strategic Petroleum Reserves

The Organization of Arab Petroleum Exporting Countries (OAPEC), led by Saudi Arabia, announced an oil boycott of countries like Canada, Japan, the Netherlands, the US, and the UK, considered to be pro-Israeli, who found themselves squeezed by an Arab embargo in oil supplies. A cash-strapped India found itself in a desperate economic situation, as oil prices rose rapidly from $3 to $ 43 per barrel.

Saudi Arabia demanded that New Delhi close the Israeli Consulate in Mumbai, or face an Arab oil boycott. An enraged Prime Minister Indira Gandhi refused to comply. India emerged relatively unscathed, thanks to developments like oil supplies from the Soviet Union, the discovery of “Bombay High” oil and gas and “assistance” by the Shah of Iran, who enjoyed a cozy relationship with Israel.

Four decades later, the global energy and geopolitical scenario have drastically changed. With the discovery of shale oil/gas in the US and Canada, huge oil reserves in Venezuela, untapped shale gas reserves in Argentina, and with Mexico adding to world oil supplies, North America and parts of Europe are relatively immune to blackmail. This is more so, as Russian oil and gas contribute to meeting energy demands in Europe and across Eurasia.

Saudi Arabia is now forced to seek Russian cooperation for regulating world energy supplies. Oil prices, once at $130 a barrel slumped to $30 and now hover around $60-70/barrel. The major markets for oil supplies from the Arab/Persian Gulf countries are China (8.4 million barrels per day), India (4.4 million barrels per day) and Japan (3.4 million barrels per day). In the meantime, the oil producing Arab Gulf Monarchies, who are major suppliers of oil, are today preoccupied in dealing with a resurgent Iran, which is presently free from western-led international sanctions.

Iran is quite evidently seeking to become the dominant power in the Islamic world.

The strategic scenario in our oil rich west is now very different from what it was earlier. The “Islamic Revolution” and the advent of the Islamic Republic in Iran has led to a drastic downturn in Iran’s relations with Israel. Tel Aviv has fomented hostility to Iran across the world. Iran, in turn, has behaved irresponsibly towards Israel, backing the radical Palestinian group Hamas and the Hezbollah in Lebanon, while calling for the destruction of Israel.

Iran has also sought to change the balance of power in the Arab world, challenging Saudi pre-eminence, provoking former Saudi Monarch King Abdullah to ask American military Commander General Petraeus to: “Cut off the head of the snake”. With the ambitious and impetuous Crown, Prince Mohammed bin Salman now urging an all too willing President Trump to re-impose crippling economic sanctions on Iran, tensions are set to escalate in our western neighborhood. With some deft handling by Prime Minister Modi, our relations with the Arab Gulf States, notably Saudi Arabia and the UAE, have improved significantly, with the Saudis even permitting Air India over-flights to Israel.

Despite these developments, the oil-rich Gulf region is volatile and tense, given Saudi intervention in neighboring Yemen, where thousands of innocents have perished amidst a bitter conflict with Iranian backed Yemeni rebels. There is today a significant Shia-Sunni dimension in rivalries across the Islamic world.

With the American intervention in Iraq leading to majority Shia rule there, its effect is being inevitably felt in Shia ruled, Sunni majority Syria, where the Russians have intervened decisively in favor the Iranian backed Assad regime, forcing the Americans on the back-foot. India has wisely stayed away from any participation in this rivalry.

Iraq is now our largest supplier of oil, overtaking Iran and even Saudi Arabia.

Venezuela now has an important role to play in India’s oil imports. The new entrant in the US, where Indian companies have invested significantly in the exploration of shale gas like they have done for oil and gas in Russia. The US will soon become the largest producer of oil and gas in the world. Gas supplies from the US have now commenced and are set to grow significantly.

Thus India, which is today the third largest consumer of oil in the world, after the US and China, has wisely cast its net far and wide to meet its energy needs. We have learned lessons from the past and not become over-dependent on any single country.

While doing so, we have avoided getting involved in regional rivalries, tensions, and conflicts in the Islamic world. Given the volatility of our western neighborhood, we have always to be prepared for crises in Islamic oil-supplying countries, which may necessitate the use of our naval and air assets, for evacuation and ensuring the safety and security of Indian nationals living there. We are preparing to develop significant storage capacity of petroleum in the event of any cut off of oil supplies because of regional tensions. We are also, wisely, placing greater emphasis now on the country’s energy security.

At least six global companies have shown preliminary interest in partnering India in the development of the second phase of its strategic petroleum reserves. The country imports over 82 percent of its crude oil supply and have fast-tracked efforts to build underground bunkers for oil storage to hedge against future supply disruptions.

ISPRL is currently scouting for investors to participate in the construction of Phase-II of India’s strategic petroleum reserves and has held road-shows in New Delhi, Singapore, and London.

Ahuja also said the second phase of the project is planned to be developed under Public Private Partnership (PPP) mode – a first of its kind initiative in the world – adding that companies like VITOL, OPAC, Glencore, and Trafigura may show interest in a project of this nature.

During Prime Minister Narendra Modi’s visit to the United Arab Emirates earlier this year, ISPRL and Abu Dhabi National Oil Company (ADNOC) had signed an agreement under which ADNOC agreed to store about 5.86 million barrels of crude oil in the Mangaluru facility at its own cost.

As part of the agreement, India has already received two crude oil cargo shipments from ADNOC this year. The third shipment is expected to arrive in the first week of November, Ahuja said. ADNOC has so far filled two-thirds of the 5.86 million barrels of tank capacity at the Mangaluru facility.

The agreement allows India to use the entire available crude oil stored by ADNOC at Mangaluru during an emergency and also allows ADNOC to sell part of the crude oil to Indian refiners as and when required.

We hope that this blog should’ve provided you with all the required details about Strategic Petroleum Reserves. If you are a candidate preparing for Defence Forces then avail the Best Books or Study Material on MKC Publications. For some further inquiry feel free to call us on: 9696330033/9696220022 or Visit us on: