Xi Jinping’s Politics,  President Xi Jinping inherited a host of problems when he came to power in 2012: an economic slowdown, disruption of market supply by the all-powerful State-Owned Enterprises (SOE), bribery and extravagance among members of the Communist Party of China (CPC), and a bloated and inefficient military, all of which threatened the Party’s hold on power.

Party members were also less ideologically cohesive, impacting the CPC’s unity. As a result, in 2013, Xi postulated the idea of ‘China Dream’, hoping that it would offer a blueprint for implementing reforms in a stagnating economy. The challenge, however, was that for the reforms to succeed, Xi wanted the very culture of the CPC to be transformed, especially its leadership, management and power structure. This stemmed from the belief of Xi and his supporters that Xi’s predecessor, Hu Jintao, was unable to implement reforms because he pacified the collective leadership to such an extent as to compromise on his policies.

Xi Jinping’s Politics and What it Means for India:-

Since Xi and his base believed that reforms would be difficult to implement because of a disinterested bureaucracy and vested interests, they wanted a strong ‘core leader’ in the mould of Deng Xiaoping. They considered both Jiang Zemin and Hu Jintao as weak leaders; the former let technocrats enter the CPC at the cost of ideology, and the latter did not exercise much power over the army. The struggle, it seems, was to extend the legitimacy of the CPC, which they believed had been compromised due to CPC officials forgetting the legacy of the Party’s rule and the ineptitude of officials in wasting public funds and engaging in “formalism” when asked to counter social problems.

Xi, unlike any of his predecessors, wanted to leave no room for negotiation and continued to centralise power to prevent threats to his position from powerful constituencies opposed to his reforms. First, the idea was to use massive political education to make CPC cadres conform to his policies and use disciplinary actions to punish the unwilling.

For Xi, unrelenting corruption within the Party had allowed members to amass massive wealth through bribery from businesses intending to curry favour for contracts or influence. It is equally true that Xi used these well-intentioned policies to purge many political opponents.

Political opposition in the Chinese system is one of the lesser-known complexities. Factions are divided on questions relating to legitimacy, reform tendencies, ideology and, importantly, how to usher China into the modern world. Predominantly, this latter group opposes Xi’s policies believing that it would disrupt ongoing reforms.

The difference of opinion between the two factions is subtle and nuanced. Both factions believe that the Chinese system as it exists is not conducive to produce further economic growth and stability. However, the disagreement seems to be the method through which these factions would want to reform the system. So Xi and his base believe that market forces should decide supply and demand, meaning that the economic growth should not be determined by corrupt officials and vested interests that benefit from maintaining the existing production method, which has resulted in overproduction of goods in the backdrop of slowing global demand and saturation in the real estate market. Xi wants to resolve this by micro-managing the economy and strengthening party ideology through his anti-corruption drive, whereas others believe that China should continue to reform the market and its political system.

In other words, these other factions believe that while China could maintain certain authoritarian traits, it does, however, need to bring more political and economic freedom than control. Xi and his base believe that bringing these reforms without strengthening ideology and control of the CCP central authority would be the road to Western interference, leading to societal instability and corrupt practices. That the West would finally achieve the plundering of China through external pressure by using the call for political reforms that are built on Western values.

However, Xi’s opponents were unable to oppose his anti-corruption drive, given that the Chinese public welcomed it. Only after the 19th Party Congress were they able to successfully capture the apprehension of the rise of “personality cult” of Xi, comparing him to Mao Zedong. Secondly, Xi did not want the disadvantaged groups, such as military pensioners, rights activists, lawyers, intellectuals, etc, to coalesce into an effective opposition.

The addition of “Xi Jinping Thought” in the Chinese constitution might be construed as elevating and equating his views with those of Deng and Mao but is quite acceptable in the Chinese communist system. In this system, bureaucrats and officials often take their cue from the proclamations and statements of leaders to determine the red lines that shall not be crossed. This is, in fact, a continuation of Deng’s practice and an efficient way for the Party leadership to exert pressure on the entire system to follow central policies.

Despite such measures, resistance to Xi’s reforms is plenty. Although Xi has substantially reduced the bureaucrats’ ability to misuse government funds, he has been less than successful in restructuring the economy. No one can doubt that Xi has emerged as a core leader and has dominated his rivals. However, comparing him to Mao could lead to the adoption of wrong policies towards China. While Xi has attempted to reorganise the Party under a ‘unified and centralised leadership’, his power is neither permanent nor absolute. The transformations in the Chinese system after the havoc created by Mao’s policies on the social, cultural, economic and political life of China have been fundamental.

In the wake of the India-China Annual Defence and Security Dialogue recently held in Beijing and the 21st Special Representative Talks in Chengdu, it would seem that temporary arrangements such as “post-Wuhan cooperation” and “intensifying efforts on border talks” will not be enough to mitigate the mistrust in the relationship post the Doklam crisis. There is a need to close the perception gap in India’s assessment of the state of Chinese politics, to distinguish between transformation and conflict and respond accordingly.

What is of significance to India is that Xi’s policies have led to a huge disruption in Chinese politics. He is under tremendous pressure to deliver and his strategy of centralising power does have enormous consequences. He faces questions about the legitimacy of his leadership from sections of society that are apprehensive of an increasingly intrusive CPC, intellectuals who fear the impact of lack of criticism on ill-conceived policies, bureaucrats who are not able to trade loyalties and favours, powerful SOEs dependent on massive loans, and political rivals.

Due to the politics of transformation in China, Xi would engage in intense diplomatic and economic engagement to offset his critics and the worsening trade war with the US. While India-China high-level political relations had benefitted in changing the atmospherics through the Wuhan summit, the time is now ripe for capitalising on such overtures. India should leverage the Chinese need for deeper political engagement and explore possibilities for concessions of political nature from China.

At the same time, India should be wary of bilateral tensions being used as a stepping stone by various factions jostling for power in Chinese politics. Also, India should engage various centres of power in China by, for instance, initiating dialogue with political commissars from the Chinese military to improve military-to-military relations, and newly relevant organisations such as Ministry of Public Security, National Audit Office, Ministry of Water Resources, Ministry of Science and Technology, and various provincial governments.

A limitless tenure for Xi has spawned concerns across the world. For India, Xi’s continuation in office beyond a decade is particularly worrisome. For starters, India-China ties have not been on an even keel with Beijing since Xi Jinping and Li Keqiang came to power replacing Hu Jintao and Wen Jiabao, respectively, in 2013, though both made early visits to India.

One of the key things to watch for is whether Xi will retain the mantles of Communist Party general secretary and head of the powerful Central Military Commission that controls the People Liberation Army beyond 2023.

India and China fought a brief but bloody border war in 1962 that went badly for India. The two now share an unsettled border. Last year, the armies of the two countries faced off in Dokalam, in Bhutan for 73 days—seen as a consequence of their common boundary being un-demarcated. Twenty rounds of talks since 2003 by special representatives of both sides have not yielded any breakthroughs so far on the subject. With a stronger Xi in power, analysts say there would be less chances of a China giving India any concessions on the boundary dispute.

China has also blocked India’s entry into the Nuclear Suppliers’ Group—that controls global nuclear commerce—despite appeals from the highest levels of power in India. There have also been numerous border incursions in the past four-five years. One happened as Xi was visiting India in September 2014.

Xi is also likely to press on full steam ahead with his flagship Belt and Road Initiative (BRI) that India is opposed to, given that one strand of it—the China Pakistan Economic Corridor runs through disputed Kashmir. That would mean greater Chinese inroads into countries like Maldives, Sri Lanka, Nepal and Myanmar—all along India’s periphery—something New Delhi is already wary about. With India and Japan looking at an alternative to the BRI through the Asia Africa Growth Corridor, Xi could solidify ties with Pakistan to a greater extent than at present—that could worry India more.

This is all about Xi Jinping’s Politics and What it Means for India. If you guys want to serve for the nation and wanted to clear Defence examination, can join Major Kalshi Classes, Here we have experienced faculty for all the subjects. For more inquiry, you can call us at 9696220022 and 9696330033 or go to our official website www.majorkalshiclasses.com. Thank you. 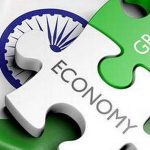 Career options in Defence after 12th in 2022

World Environment Day 2022, Theme and Why we celebrate on 5th June?