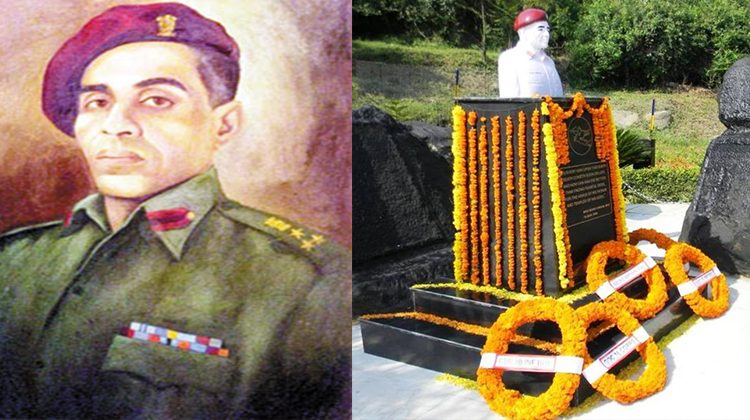 “Time’s come for the capture of Jhangar. It is not an easy task, but I’ve complete faith in you all to do your best to recapture the last ground & retrieve the honour of our arms we must not faltery, we must not fail. Forward friends, fearless we go to Jhangar. India expects everyone to do his duty. Jai Hind.”

These were the words signed order of to the “Comrades of 50(1) Para Brigade” by the pride of India Brigadier Mohammad Usman.

Mother India has given birth to uncountable fearless warriors who sacrifice their lives when in need; Brigadier Usman was one of them.

Brigadier Mohammad Usman was born on July 15, 1912, in Bibipur, Mau district of now called Uttar Pradesh. Son of a police officer Mr. Mohammad Farooq Khunambir& Mrs. Jamilun Bibi, got bravery & courage in his heart since childhood. He often showed his bravery, once at the age of 12, he jumped into the well to save a drowning child.

Though, Indians have started to join the Army as Commissioned officers since 1920; but the very prestigious institute called IMA (Indian Military Academy), Dehradun has been established in year 1932 and earlier 1932 the trainings were held at Sandhurst. In fact, this was the last course at Sandhurst to which Indians were admitted since subsequent batches joined Indian Military Academy.

Brig Usman passed out from Sandhurst on 1Feb. 1934, along with ten other Indians.

On 19th March 1935, he was appointed to the Indian Army & got his posting to 5th battalion of 10th Batch Regiment (5/10 Batch). He got his promotions very soon  & became lieutenant on 30 April 1936 & captain on 31 Aug 1941. He commanded the 14th battalion of 10th Batch Regiment (14/10 Batch) from April 1945 to April 1946. Coming from a Muslim background family & serving in Baluch Regiment, he was pressurized by leaders of Pakistan to join the other side (Pakistan’s Army) & was promised a position as the Pakistan Army Chief in the future but was unconvinced. Later, Brig Usman was transferred to Dogra Regiment.

After partition, the cowardly Pakistan attacked into the princely states of J & K in attempt to capture & accede it to Pakistan. Brig, Usman was commander of the 77th Parachute Brigade & was sent to command 50th Parachute Brigade which was deployed at Jhangar in Dec. 1947. On

25 Dec. 1947, in a vicious battle Pakistani forces captured Jhangar. Jhangar was a very strategic place from the point of view of India as it has the junction of roads coming from Mirpur &Kotli.

In the months of Jan-Feb, the furious attacks led by Brig, Usman on the Pakistani Army on Naushera & Jhangar resulted in many causalities to the army of Pakistan. Indian forces inflected around 2000 causalities (about 1000 dead & 1000 wounded while Indian forces suffered only 33 dead & 102 wounded). His mystic defence earned him the nickname “Noushera ka Sher”. Pakistani Army announced a sum of Rs 50,000 as a prize for his head.

Brig Usman used to sleep on a mat as he had vowed to Recapture Jhangar, from where he had to withdraw in 1947.

In the last weeks of Feb. 1948, the attacks by the 19th Infantry Brigade along the northern ridge & the 50th Parachute Brigade at hills led the Pakistan army to flew from the area. Now Jhangar was recaptured. In May 1948., Pakistani Army again led heavy artillery bombarding on Jhangar but all in vain. It was during the Defence of Jhangar that Brig Usman was killed on July 3, 1948, by an enemy 25-pound shell. His last words were “I am dying but let not the territory we were fighting for fall for the enemy”.

For his true leadership & great courage, he was awarded the “Maha Vir Chakra” posthumously.

Brig Mohmmad Usman, remains one of the greatest soldiers and on inspiring military leader India has ever produced.

Benefit of Joining NCC & Advantage of being NCC cadet.