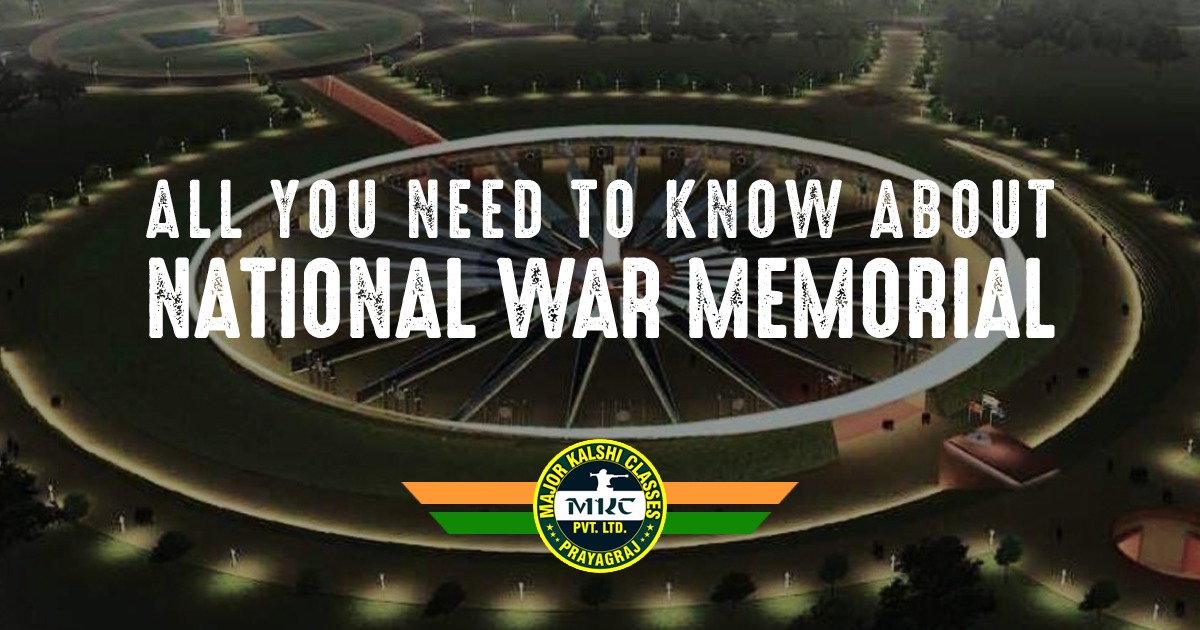 The National War memorial is a monument inaugurated by PM Narendra Modi on February 25, 2019 near India Gate, New Delhi. It is constructed by Government of India to honour soldiers who laid down their lives in various wars in 1947-48, 1961 (Goa), 1962 (China), 1965, 1971, 1987 (Siachen), 1987-1988 (Sri Lanka), 1999 (Kargil), and other operations such as operation Rakshak. Names of around 25,942 martyred soldiers have been engraved on the stone wall here. The National War Memorial building is stretched over 40 acres and is built around the existing canopy near India Gate. Post -Independence, countless soldiers have sacrificed their lives and this National War Memorial will now remain forever as a symbol of their valiant spirit.

The above four Chakras are created as a Chakravyuh, which is an ancient Indian War formation.

Adjacent to the building complex, lies a tribute to the 21 Param Veer Chakra Awardees (India’s highest military honour), with each recipient honoured by a bronze bust covered by a lush green patch, complete with pathways and informative plaques on the bravery and courage of soldiers displayed during battle.

The War Memorial building was designed by Chennai-based Architect Yogesh Chandrahasan, who said, “The whole concept is based on the thought that the war memorial should be a place where we don’t mourn death, but celebrate the life of the soldiers and pay respect to the sacrifices made by them.

We hope that this article should’ve provided you with great details about the National War Memorial. For any other enquiries, visit