How to Join Indian Air force as an Officer, Ways of Joining Air force

In Order to join the Indian Air force, There are many ways to join the service as officers, Here In this article I will share with you the Ways to join IAF as an Officers, How to Join Indian Airforce as an officer, join airforce after graduation, how to join Indian airforce after 12th, etc. I will share with you all the details of joining the Indian air force after 10+2 and after graduation. To get all the details of Joining read the complete article below:

How to Join Indian Air force as an Officer, Ways of Joining the Air force:-

How to join Indian airforce after 12th:

This is the Only entry after the 12th by which You can become an officer in the defense. There is one more way also which is NCC (National cadets Cops) Special Entry Scheme. The eligibility criteria are the same as it is for the NDA but the Candidate must have NCC “C” certificate with minimum B grade.

There is a Total of Three ways of joining the Indian Air force as an officer after graduation:

This Exam is conducted by the UPSC (Union Public Service Commission) twice in a year. You can apply for this after graduation, You must complete your graduation with a minimum of 55% marks from any recognized Institute or University.

The candidate should have passed 10+2 with physics and mathematics and have a degree in any discipline from any recognized Institute.

Age limit: For AFA (Air Force Academy),  A Candidate age must be between 19-24yrs old.

This Exam is conducted by the Indian Air force Itself for the selection of officers into their following branches like Flying Branch, Technical Branch and Ground Branch, etc. You can apply for this exam after graduation.

This is a special entry scheme, If you have done NCC “Air Wings” and you ‘C’ Certificate with a minimum B grade, you are eligible to apply for this.

If you have done the NCC in other wings like Army wings or Navy Wings then too, You are eligible to apply for the same, you will get all the relaxation what air wings cadet gets.

In order to join the Indian Air force, you must have physics and mathematics at 10+2 level with minimum 60% marks.

Most of the students who want to join the Indian Air force, they want to be fighter pilot I guess. In order to become Fighter Pilot in the Indian Air force, You will have to apply for the flying branch. Once you get into the academy then you can apply for this and after you will have done medically for the Fighter pilot. The medical of the fighter pilot is one of the toughest medical in the world.

In the medical of Fighter pilot, every vein of your brain will be tested and then you will go for the fighter training but If you have a healthy body and never been in any serious accidents or any diseases. Then would be okay. All the ways of joining the Indian Air force, I have mentioned above.

This is all about How to Join Indian Air force as an Officer, Ways of Joining Air force. If you guys want to serve for the nation and wanted to clear the Defence examination, can join Major Kalshi Classes, Here we have experienced faculty for all the subjects. For more inquiries, you can call us at 9696220022 and 9696330033 or go to our official website www.majorkalshiclasses.com. Thank you. 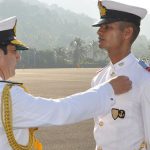 How to join Army Cadet College?

What is Conference in SSB Interview?