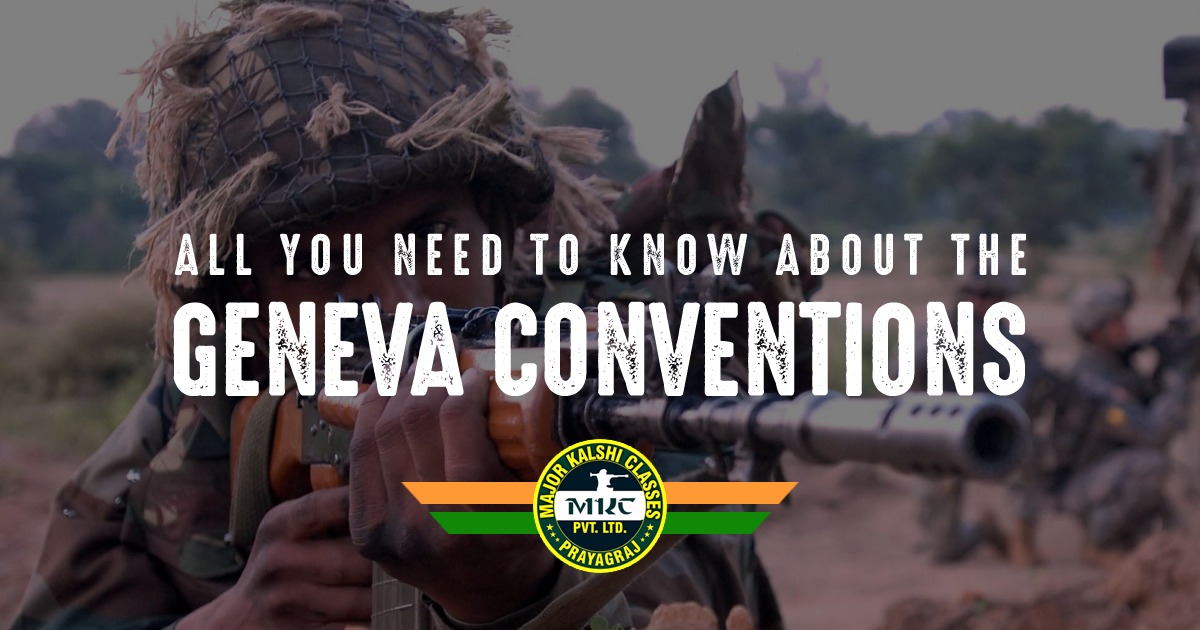 All you need to know about the Geneva Conventions

Geneva Conventions – Pakistan Prime Minister Imran Khan announced on Thursday that captured Indian Air Force Wing Commander Abhinandan Varthaman would be released on Friday as a “peace gesture”. By sending the pilot to India hale and hearty, the Pakistanis would have fulfilled an unusually odd demand from India’s ultra-nationalist TV channels and their sullen military analysts who have asked Pakistan to abide by the Geneva Conventions in dealing with the Indian captive. The Indian government has also cited international conventions in their communiqué on the incident.

What are Geneva Conventions?

Geneva is a city in Switzerland where an agreement was negotiated in the aftermath of the Second World War (1939–45) for international law for humanitarian treatment in war. Comprising of four treaties, and three additional protocols, Geneva Conventions proposed a system for the prisoners of war and for their treatment and aid in foreign conflict.

In diplomacy, the treaties of Geneva Conventions do not have its usual meaning. Rather, it is used in diplomacy to mean an international agreement or treaty between countries.

According to the rules, the status of POW only applies in international armed conflict.

Was our IAF pilot a prisoner of war?

Neither the Indian MEA nor its Pakistani counterpart has identified the pilot as a PoW.

However, as per the third Geneva Conventions, “The convention applies to all cases of declared war or of any other armed conflict which may arise between two or more of the signatories, even if the state of war is not recognized by one of them.”

Likewise, prisoners of war must at all times be protected, particularly against acts of violence or intimidation and against insults and public curiosity. Measures of reprisal against prisoners of war are prohibited.

“We have an Indian pilot. As a peace gesture we will release him tomorrow”. These historic words by the Pakistani Leader can be a symbol for the solution of the Kashmiri Conflict. . . . . . . . . . . #abhinandan #welcomehome #abhinandancomingback #feelingproud #indianairforce #majorkalshiclasses

We hope that this article should’ve provided you with great details about the Geneva Conventions. For any other enquiries, visit

How to Crack SSB Interview | Important Tips to Clear SSB