In this section, we have detailed the Indian Army Exam Pattern for the General Duty, Technical both aviation and ammunition and tradesman both 8th pass as well as 10th pass.  Therefore refer to the tables below for the marking scheme, no. of questions asked, and the remarks regarding every entry.

After that comes the Agnipath Army TDN exam pattern for class 8th pass candidates and 10th pas candidates provided with the help of separate tables. 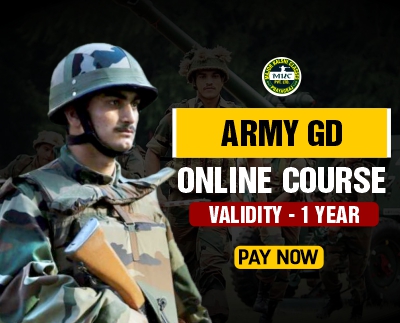 The General Knowledge syllabus for Army GD, Tech, and Tradesman has been provided below in topic wise manner.

Human Body –  Food and nutrition, diseases and prevention, vitamins and their uses. Question of General Science consisting of topics related to Physics, Chemistry, and Biology. based on fundamentals and day-to-day activities. Medical Terms. Scientific Terms. Scientific and Research Institutes in India.

IO/Numeral Ability. The questions will be based on the ability of the candidates of age groups ranging from 16 & 20 years.

The question of General Science will include topics related to Physics, Chemistry, and Biology. based on fundamentals and day-to-day activities.

Arithmetic, Algebra, Geometry, Mensuration, Trigonometry (Not in GD), Statistics (Not in GD & Tradesman), Parallelogram, Circle, Probability (Only in Technical), Calculus ( Only in Tech.), Logical Reasoning (Only in Tradesman).

A computer for Army Clerk: –

Indian Army Agniveer Rally Bharti 2022: Notification Out For All States