ACC stands for Army Cadet College. The candidates will be glad to know that the ACC 127 Result has been released. Those who have appeared for the ACC 127 exam held on 1st August 2022 can now check their results. The ACC result was expected to release within a month of the completion of the exam and finally, the wait is over.  A total of 3012 candidates have cleared the ACC exam.

The direct link to download the ACC 127 result has been provided below.

The ACC 2022 cut-off can be expected from 100 to 110 as per the reviews and performance analysis of the candidates who appeared in the Army Cadet College examination.

The mark established by the organisation or committee that conducts the exam as the passing or clearing level of the exam is known as the cut-off mark. Based on the cut-off, candidates are chosen for the next phases of the selection process.

Cut-off varies from exam to exam, depending on the number of openings and the level of competition. For instance, if 10 people are taking an exam to become a bank clerk but there are only 2 openings, the bank needs to weed out some applicants and keep a select group for the next stage of selection, like an interview, so they set a cut of that is likely above the average mark for the exam being taken.

For the preparation of ACC 128, the candidates can refer to the detailed subject-wise exam pattern from the table below. The candidates can join the best ACC coaching in India which is Major Kalshi Classes. It provides you complete preparation strategy and study material for your upcoming exams. 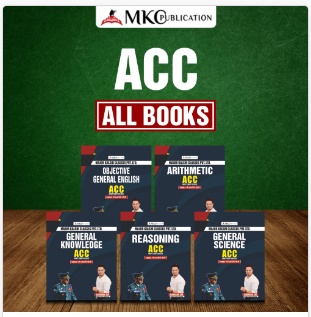