What is the Indian army judge advocate entry? JAG Entry

What is the Indian army judge advocate entry:- Friends, after 12th, the candidates start studying law and work as advocates in the High Court, Civil Court, Courts, etc. present in the district. But the candidates who have the courage to join the army, somehow join the army. Yes, today we will talk about one such entry in the army, in which candidates can easily join the Indian Army even after studying law. Today we will talk about the exam of the Judge Advocate General ie Jag. This examination conducted every year for candidates who have obtained a law degree in the Indian Army. But do you know what it is made for? And what tasks do the candidates have to do under it? Probably not, so let’s share with you all the information about Judge Advocate Entry from beginning to end.

What is the Indian army judge advocate entry?

To become a Judge Advocate in the Army, the candidates should apply only if they are competent according to the following eligibility. Below we are giving you information about eligibility for Judge Advocate Entry.

The selection process of JAG Entry

No written examination conducted to become a Judge Advocate in the Army. This is a direct joining service, The selection process in this service done as follows.

All candidates are given a stipend of Rs 56,500 / -. On completion of the training, he will appoint to the rank of lieutenant. Then their salary is 56,500 – 177500 per month. The army provides free medical facilities, canteen facilities, ration, mess/club/sports facilities, housing, car/housing loans at a discounted rate, and furnace by the government, for self and dependents. 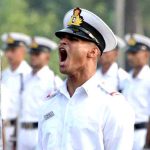 Why we celebrate Vijay Diwas every year? Celebrations Images…

Is Makeup Allowed During the SSB Interview?