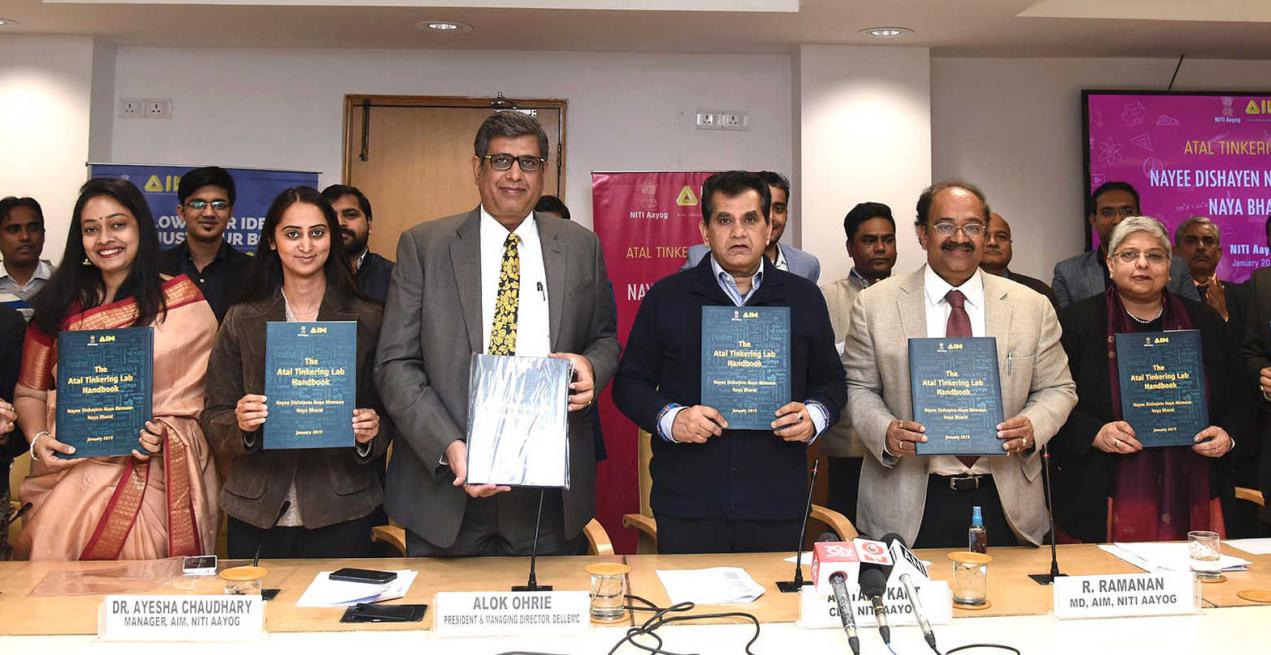 NITI Aayog ’s Atal Innovation Mission (AIM) released the “Atal Tinkering Lab Handbook – Nayee Dishayen, Naye Nirman, Naya Bharat” on the eve of the birth anniversary of Swami Vivekananda, also celebrated as the National Youth Day, to hail and take forward the spirit of Tinkering and Innovation across the country.

The Atal Innovation Mission (AIM) is the Government of India’s flagship initiative to promote a culture of innovation and entrepreneurship in the country. AIM is mandated to create an umbrella structure to oversee innovation ecosystem of the country and revolutionizing the innovation eco-system – touching upon the entire innovation life cycle through various programs. The Atal Tinkering Laboratories (ATLs) create innovators, Atal Incubation Centres and support to Established Incubation Centre ensure that innovations are taken to the market and help create enterprises around these innovations.

We hope that this article should’ve provided you with great details about Niti Aayog ‘s Atal Innovation Mission.