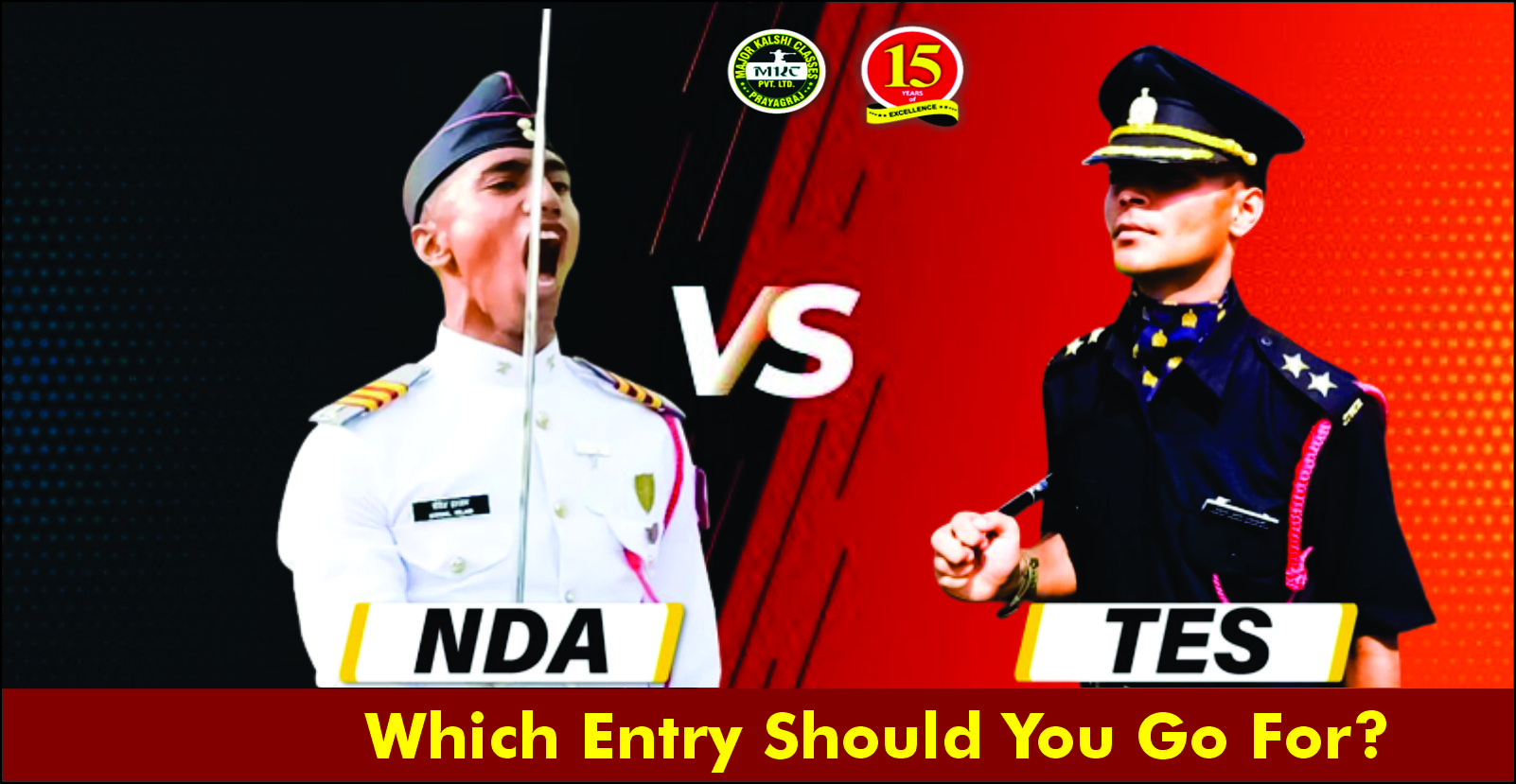 Though both NDA and TES need students to have completed their 12th grade, the distinction is that in NDA, students from any stream can apply, whereas, in TES, students must have a foundation in Math, Physics, and Chemistry.

After finishing the 12th grade in our nation, India, young brains have three options for joining the armed services as officers. Among the three, there is little doubt that NDA and TES are fierce competitors. With this competition, one of the major questions that students will certainly have is which one is ideal for them. Discuss both entries; they both have a specialisation and are unique in their own way.

Though the operations of the NDA and TES entry differ, their fundamental goal is to develop gentlemen and leaders for the country who are always willing to offer their all to their country. If we wish to inform which of them is the finest, opinions may differ from person to person. Here I will cover some things about each of them so that you may make the best decision for yourself.

2. Though both NDA and TES need students to have completed their 12th grade, the distinction is that in NDA, students from any stream can apply, whereas, in TES, students must have a foundation in Math, Physics, and Chemistry.

3. To compete for the NDA SSB, a candidate must pass the UPSC written test; however, for the TES SSB, the interview is based on your 12th-grade percentage.

4. If someone goes through NDA admission, he will receive a Baccalaureate degree after three years of study (a Bachelor of Arts or a Bachelor of Science). Cadets can choose between two academic tracks. Candidates in TES are granted the Engineering Degree after successfully completing training. Candidates who get an engineering degree are given a permanent commission in the Army Engineering Core.

5. One tendency revealed by these entries is that a candidate from an NDA submission has a better and faster likelihood of promotion than a candidate from a TES entry. The fact that the NDA has produced 27 service Chiefs of Staff so far demonstrates this. Not only that, but the current Chiefs of Staff of the Army, Navy, and Air Force are all NDA graduates from the same programme.

These are some of the distinctions between the two entries. I hope you’ve already determined which one is best for you, but I’d recommend going with both. Both academies are equally prominent and branches of the same tree here. Their main goal is common in some form, so never pass up a wonderful chance when you come across one.