You wear confidence as it is your favourite dress,

You put decency over as it is your favourite makeup.

You are calm enough to sustain any storm,

You are valour, the lady of dilemma with purist soul.

You deserve more than gallantry, you deserve utmost respect. Determination, Audacity and vulnerability are traits of a lady officer to work on this, a six member team of women officers of Indian Navy is set on world tour circumnavigating around the globe on the sailing ship INSV Tarini. The global journey ‘Navika Sagar Parikrama’ is Promoting women empowerment in the country, the team will be sailing over seven seas across globe. 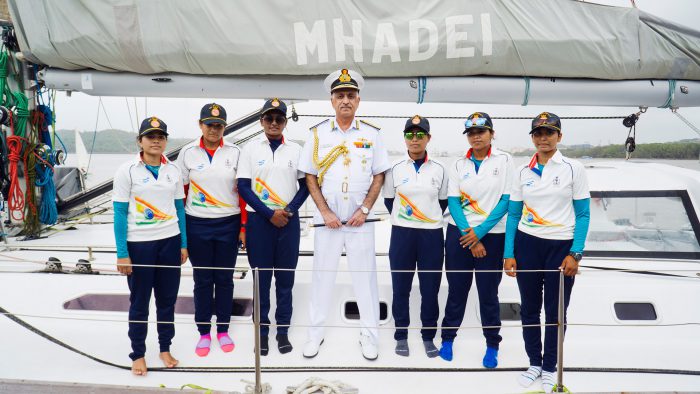 Introduction: Navika Sagar Parikrama is a project wherein a team of women officers of the Indian Navy would circumnavigate over the globe on an Indian-built sail boat INSV Tarini. This is the India’s ever firstCircumnavigation of the globe by an all women crew. This project is scheduled to commence in early September 2017. Where the ship INSV Tarini is the sister vessel of INSV MHADEI.

Project Guideline: This project is considered essential toward promoting ocean sailing activities in the navy while depicting government of India’s thrust for ‘Nari Shakti’. The expedition has been aptly titled ‘Navika Sagar Parikrama’, aimed at promoting women empowerment in the country and ocean sailing by the Indian Navy. The voyage also aim to show case the ‘Make in India’ initiative by sailing onboard the indigenously built INSV Tarini. This is the first ever global journey in which only woman crew will be managing the whole operation in sailing vessel. 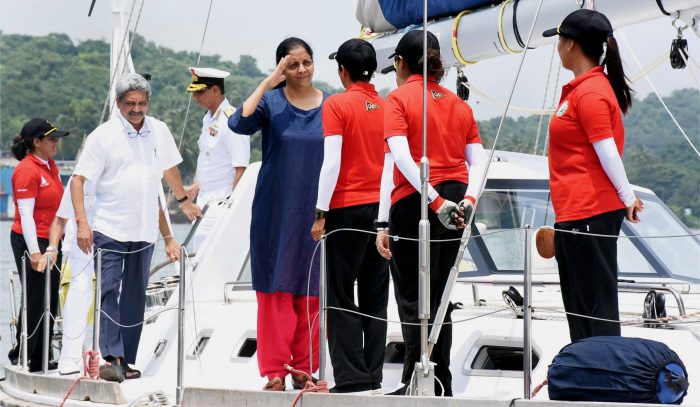 Additional Aims of the Expedition are as follows: This tour will be of approximately 165 days on September 09,2017 Sunday our Defence Minister Nirmala Sitharaman flagged off all women crew of Indian Navy at INS Mandovi naval training base near Panaji, Goa. This was the most delightful and notable moment in history. Patriotism was oozing out from one’s mind and the cherishment was in the air. This Expedition also aims at harnessing energy as sailing encourages use of environment friendly non-conventional renewable energy resources. During their tour, the crew will collect update Ocean/Meteorological/Wave data on regular basis for accurate weather forecast by India Meteorological Department (IMD) and subsequent analysis by R&D department respectively. It will also monitor and report marine pollution on high seas. The analysis of marine sea will further help for making data and records. 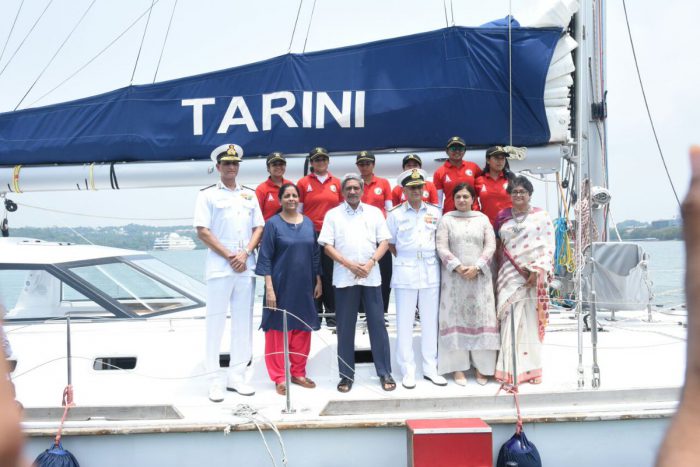 After the era of Indira Gandhi, Nirmala Sitharaman is first female Defence minister of independent India. After flagging off the ‘Navika Sagar Parikrama’ at the INS Mandovi naval training base near Panaji Defence Minister Sitharaman said, “This is not an occasion which can happen once in five years, once in ten years. This is a historic day for India. A historic day, which will be marked in navigation history and globally”
“Our women are going to stand out for doing something which mostly wouldn’t even have been thought of,” she added further.

She motivate the crew by addressing “It is a great pleasure and it is an opportunity which no one can easily get. To be among, these great, inspired and well-motivated women sailors, who are going to take this challenge”. 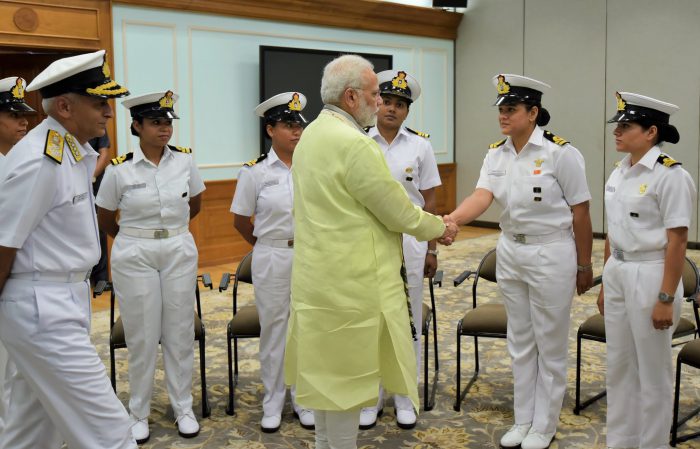 On Sunday Prime Minister Narendra Modi also extended his best wishes to the all women Indian Navy team. “Today is a special day! Six women officers of the Navy began their journey of circumnavigating the globe on board the INSV Tarini,” he tweeted on Twitter.”The entire nation comes together in wishing the all-women team of Navika Sagar Parikrama the very best in their remarkable endeavor,” He tweeted further. 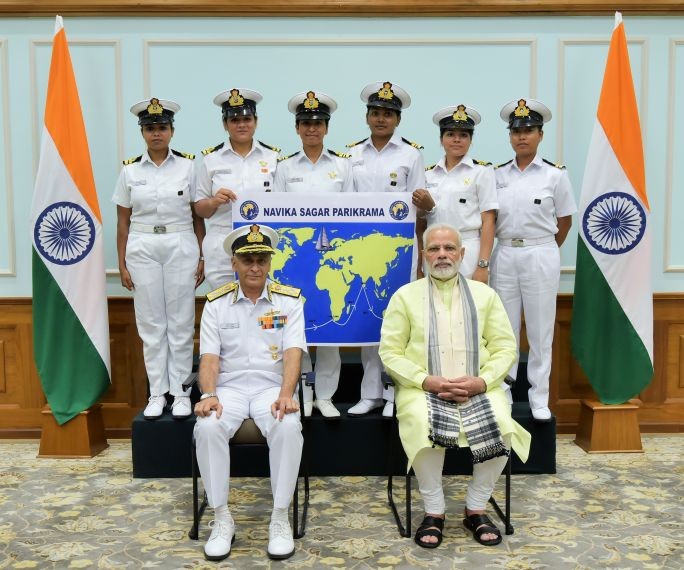 The whole and soul aim of this Navaika Sagar Parikram is to mold the great women of tomorrow so that they can inculcate integrity in very core of their character because being soft hearted and strong mind is the best combination that one can poses. Because STRONG is BEAUTIFUL !!!!!

Rohangiya’s Crisis : A Bane For Humanity