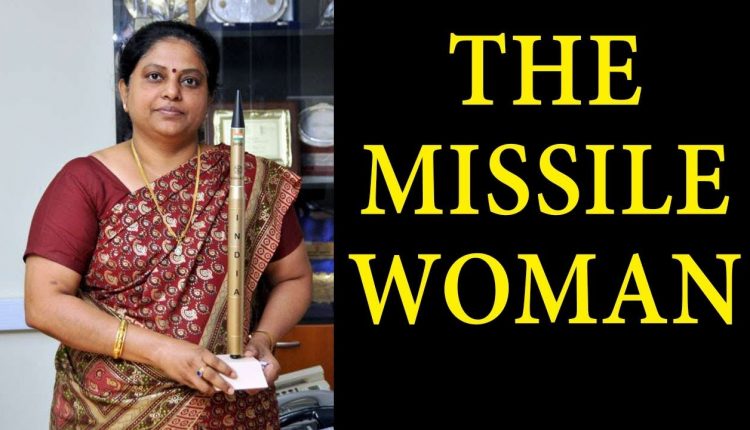 The status of women in India has been subject to many changes over the span of recorded Indian history. Women in India now participate fully in areas such as education, sports, politics, media, art and culture, service sectors, science and technology, etc.

One such Example of this is :Tacy Thomas “Missile Woman Of India “ .

A few years ago, Mahindra Group Chairman Anand Mahindra had said in a tweet that ‘Tacy deserves to be more famous than any Bollywood actress.

Tacy’s posters should be in every Indian school, which will eliminate stereotypes and inspire girls to move forward ‘. But what makes Tacy so special.

Tacy Thomas is India’s first missile woman. Of course, when you learn about Tacy, you will be proud of her too. Today we are going to introduce you to the amazing success of the Missile woman of India –

Tacy Thomas was born on April 1964 in a Catholic family in Alleppey, Kerala. This place is a short distance from the missile launch station of ISRO .She had a natural aptitude for mathematics and physics.She scored one hundred percent in mathematics during her 11th and 12th years in school. In the same years she had also scored more than ninety five percent in science.

After comleting herB.Tech in Electrical stream from Calicut University, She did a Guided Missile course from Poona University, Completed an MBA in Operations Management and a PhD in Missile Guidance.

She has also appeared for the IAS exam. But coincidentally, the DRDO and IAS interview was on the same day. She chose DRDO. In 1988 she joined DRDO.

Played an important role in the making of ‘Agni’

Tacy Thomas, a scientist known as ‘Missile Woman’, is the first woman in India to head a missile project. She played an instrumental role in the creation of the long-range nuclear-capable ballistic missile ‘Agni’ and is one of the women working on strategic nuclear ballistic missiles in the world. Currently Tacy is the director of ASL (DRDO) Tacy Thomas is currently the Director of Advanced Systems Lab (Hyderabad) at the Defense Research and Development Organization (DRDO). She also attended the recently held Global Entrepreneurship Summit in Hyderabad as a speaker, ITM University of Gwalior gave her an honorary degree.

WITH MISSILE MAN OF INDIA : She completed her first missile project under the chairmanship of Dr. APJ Abdul Kalam. Tacy’sachievements include being part of the main team of Agni-2, Agni-3 and Agni-4 missiles and successful launches. She worked on research and development of missiles like Prithvi, Akash, Agni, Nag, Dhanush, Trishul and BrahMos.In 2009 she was made the Project Director of Agni-4.

According to Tacy, She and several of her companions did not went home for several months before the ‘Agni missile’ was tested. When the project was completed and the missile met all standards, they all went home. Tacy believes that as farmers work hard for the country, so do scientists. Their contribution is as much as that of farmers. She says 2006 was a difficult time for her. When a missile went out of control after launch. It was then successfully tested after ten months of hard work.

When Tacy joined the DRDO, there were men-to-people interactions. Here,Tacy began to work on a guided missile project. During this time, she used to do her work silently. She was applauded in 2012 when the Agni missile was successfully tested at DRDO. At that time, the whole country was surprised by her skill.

After a successful fire test, Tacy was named AgniputriTacy Thomas. She started working on the advanced version of Agni missile and successfully tested Agni-5. After this missile, India has joined those countries which have Inter Continental Ballistic Missile System (ICBM). This missile has a range of 5000 km.

Supports the role of Women Combat

The award was conferred to her by the President. Thomas also advocates for women to be given combat roles in the Indian Army. She says that if she is so promptly playing a role in the military, she can also play a role in the war zone.

The journey of liberation of women has crossed many milestones and the society has indeed come a long way. Women are more focused and have a unique decision making power even at senior leadership level, in the most optimal manner, and at times are in a better position than men. Tacy Thomas is a example for such. Empowering women can help the society to grow and develop at a faster pace.

We Lost Capt Ankit Gupta, He Martyred during training Exercise.