Manohar Parrikar, four-time Goa Chief Minister and former defence Minister, died on 17th March Sunday evening after battling pancreatic cancer for over a year. As of March–June 2018, Parrikar was going through the treatment for a pancreatic condition at a hospital in the US. For further treatment, he returned to India and in September 2018 was sheltered in the AIIMS, Delhi. On 27 October 2018 the government of Goa disclosed that CM Manohar Parrikar has pancreatic cancer.

The government of Goa has also declared seven day mourning after the chief minister’s death. All schools and educational institutions in the state will be shut today and all examinations have been postponed. 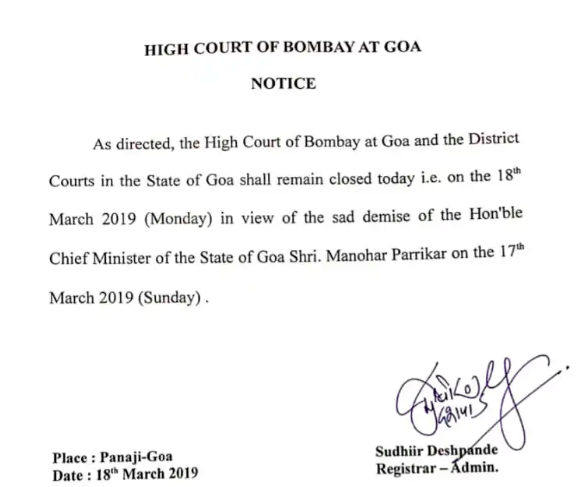 Manohar Parrikar was the Chief Minister of Goa from 14 March 2017 till his death. He was also the CM of Goa from 2000 to 2005 and then from 2012 to 2014. He served in the National Democratic Alliance government under Prime Minister Narendra Modi as Defence Minister of India from 2014 to 2017. His first term, which commenced in October 2000, lasted 16 months and the second, from June 2002, was for two years and eight months. He began his third term in 2012. He began his first term as chief minister in 2000 just months after losing his wife to leukaemia in 200, making him a single parent to two sons as well.

“He was an Aam Aadmi all along.”

His eminence as a sincere and impartial politician and the austerity, with which he applied himself to concerns, ensured greater accountability from the government. His short-sleeved, untucked shirt and sandals — forgoing the trimmed style of most Indian politicians — was highly acclaimed.

Parrikar weighed himself as an expert at finding solutions to problems, specifically economic and accounting ones. While he’d listen to people, his word would be ultimate.

He is proverbial as a stern tyrant in his home state and used to keep a close eye on issues having to do with the ‘Aam Aadmi’. He has transported his non-absurd image to the Ministry Of Defence which is why the adaptability of the whole department has risen naturally.

Manohar Parrikar was called for national duty when he was invited by Prime Minister Narendra Modi to be India’s next defence minister and he had to leave his family back in Goa. Moreover, Mr. Parrikar has preserved a spotless image throughout his political career and that is what makes him one of the most suitable and honest ministers in the PMO cabinet. 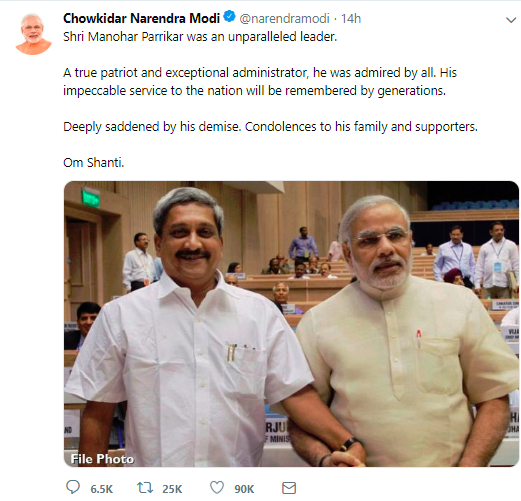 Manohar Parrikar was well-known to travel by his bicycle to Goa Vidhan Sabha and refused all government benefits after becoming chief minister. Even after becoming CM, Parrikar continued living in his own modest house and didn’t upgrade to a fancier vehicle, preferring instead to keep using the Innova he was allotted as leader of the opposition.

“He had a workaholic personality.”

One of the many attributes he parts with PM Modi is his affinity for keeping a brutal schedule of 16-18 work hours every day which is pretty impressive for a 58 year old man.

Manohar Parrikar played a key role in formulating the 2016 surgical strike. It was his decision to use no helicopters during the late-night assault across Pakistan’s Line of Control (LoC) as he wanted to use them only in case of an emergency evacuation.

Parrikar had also deployed additional soldiers for training and pushed for quicker procurement of weapons for conducting the 2016 surgical strike.

Manohar Parrikar’s focus on streamlining defence procurement and extending focus on home-grown equipment was another reason why the 2016 surgical strike was a success.

“His personality and attire truly defines what a simple but distinguished human being he was.”

His attire was light and the trademark chappals lingered to adorn his feet. His reputation ascened as he stopped the traditional habit of using the government car, he started sitting next to the driver in his official vehicle and became the most reachable chief minister and started ingenious schemes and showed grit and courage to get fraudulent politicians arrested. 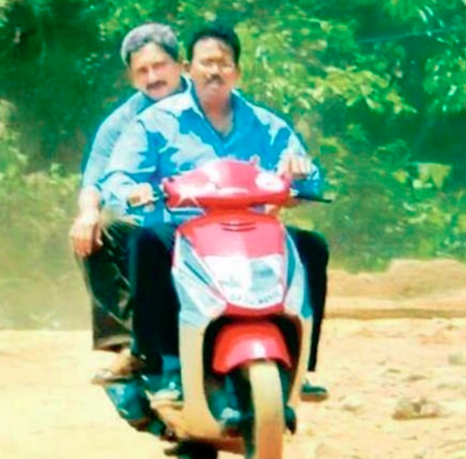 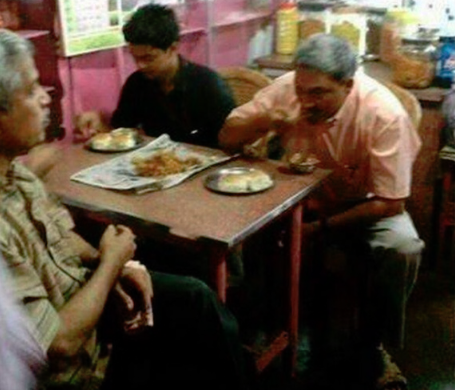 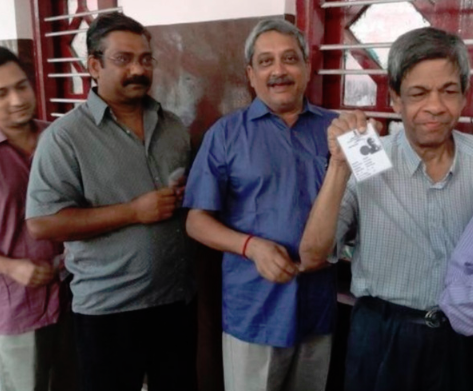 Over the past few months, he was seen in public places with a nasal tube attached which also provoked the opposition parties to questions the rulings of the BJP party over its politicians. But in January 2019, his overtly famous phrase “will serve Goa till my last breath” removed all the allegations about BJP and their inner workings and in return, gained him a huge amount of supporters all over the nation.

What made him a distinguished person was that of all the leaders in the nation, Parrikar was the first IIT alumnus to become a MLA of an Indian state. He was also awarded the Distinguished Alumnus Award by the IIT, Bombay in 2001.

“A void that he has left behind will be difficult for the party to fill.”

It is important to note that although he has been a four-time chief minister of the state, Parrikar has never been able to accomplish his full term of five years.

As the nation mourns his loss, Manohar Parrikar will not just be remembered for his contribution as Goa chief minister but also for streamlining several legacy norms in defence strategy and procurement.

Major Kalshi Classes is gravely disheartened by his death. He’ll always be one of the most important Chief Ministers in the history of India.

Sympathy to his family and supporters, Rest in Peace Manohar Parrikar Sir.

From Students of MKC, From Cadets of NCC Indian & All Armed forces of India, We salute you sir, and you gave us the Josh which this country always will keep high.

If you are a candidate preparing for Defence Forces then avail the Best Books or Study Material on MKC Publications. For some further inquiry feel free to call us on: 9696330033/9696220022 or Visit us on:

For detailed information of Notifications, Syllabus or Tips and Tricks, Admit Card Dates, Result, Cut off, Trend Analysis, Information about Physical Fitness Test and Medical Examination and Current Affairs, You can also Visit Our Youtube Channel.

As the nation mourns his loss, Manohar Parrikar will not just be remembered for his contribution as Goa chief minister but also for streamlining several legacy norms in defence strategy and procurement. Major Kalshi Classes is gravely disheartened by his death. He’ll always be one of the most important Chief Ministers in the history of India. Sympathy to his family and supporters. Rest in Peace. #WeMissManoharParrikar #manoharparrikaramarrahe 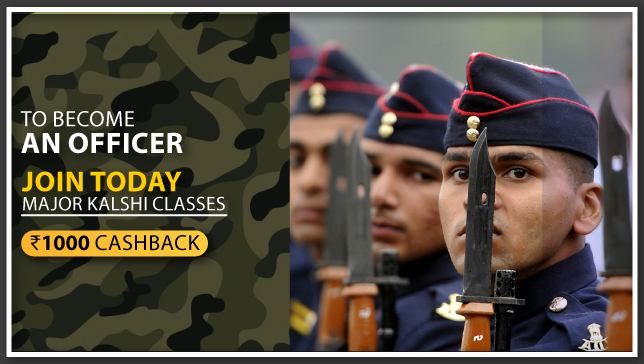