There are three different posts in the Indian Coast Guard. They are as follows:

Here we will discuss the Indian Coast Guard Assistant Commandant’s Salary in detail.

The candidates will receive their own pay slips in accordance with the article once each month’s wage has been credited to the account. The Indian Coast Guard’s pay stub lists all of the deductions and allowances made for the previous month’s pay.
buy amitriptyline online https://galenapharm.com/pharmacy/amitriptyline.html no prescription Selected candidates would have a wide range of opportunities for promotions and other achievements while working with the Indian Coast Guard. If a candidate’s performance is deemed extraordinary for a predetermined amount of time, they may be promoted to one of the following jobs.

If you are an Assistant Commandant, you can advance to Director-General and earn INR 2,05,400 per month (Pay level 16). Further details are provided below in a detailed format.

Other than a fixed monthly salary an assistant commandant in the Indian Coast Guard is provided with the following perks and benefits. Here is the list of numerous benefits given to the ACs in the Indian Navy. 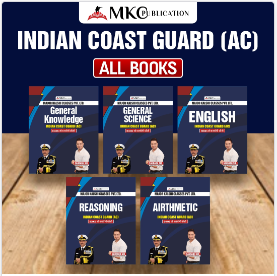 It is not just about the benefits, allowances, and perks but also about some duties, responsibilities, and liabilities.  Hence, the candidates who are hired will be assigned the following responsibilities and duties:

Q. What is the annual salary for an Indian Coast Guard Assistant Commandant?

Ans. The annual salary of the Assistant Commandant is INR 6,84,000.

Q. What are the pay levels of the AC at the Indian Coast Guard?

Q. What are the promotional ranks for an assistant commandant?

Ans. The AC in the Coast guard is promoted as follows:

How to Crack UPSC NDA Exam in First Attempt?