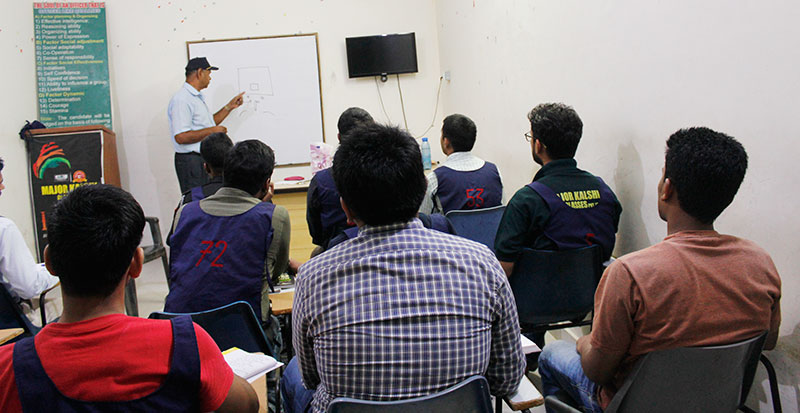 Role of English in SSB Interview

Role of English in SSB Interview: Whenever it comes to Defence Forces, we all have a perception that English is the most important thing and every candidate should have an ability to speak it fluently. In this blog, we will discuss the Role of English in SSB interview and the myths associated with it in the Defence force.

Role of English in SSB interview

Talking about the Role of English in SSB interview, it is essential that candidates should have an ability to read, speak and understand this language. English is not just a language in India, but also a mean of communication. The majority of people in India speak English. Not just in India, English is a universal language which is spoken all across the world.

In SSB, candidates come from various parts of India and have varied backgrounds as well. To connect candidates from different cultures and backgrounds, English plays a significant role. There are several scenarios when candidates are expected to speak English. Some of them are:

Screening: It is one of the most important parts where English speaking matters a lot. A candidate is supposed to write stories in English and then dictate it in front of the group. Hence, it is mandatory to know English in order to clear this stage.

Psychological test: After clearing the first stage, candidates will face a psychological around which consists of four tests. Here, candidates have to write stories and sentences as well as describe themselves in English only.

Personal interview: To clear this stage, candidates are supposed to speak in English only which lasts for 30-45 minutes.

Gto task: In this section, there are some tasks where English speaking matters a lot, namely group discussions, lecturette, group planning exercises and other outdoor tasks.

Conference: Finally, on the very last day, candidates will face a conference round where they will have to interact with the interviewing officer English only.

After knowing all these facts, hope you understand the Role of English in SSB interview. Although speaking English fluently does not mean that you will crack the interview, but having a good command over English can increase your chances to get selected. So, keep working hard and start learning English.
buy cialis professional generic buynoprescriptionrxonline.net/cialis_professional.html over the counter

Get in touch with Major Kalshi Classes to get the best guidance for SSB interview.