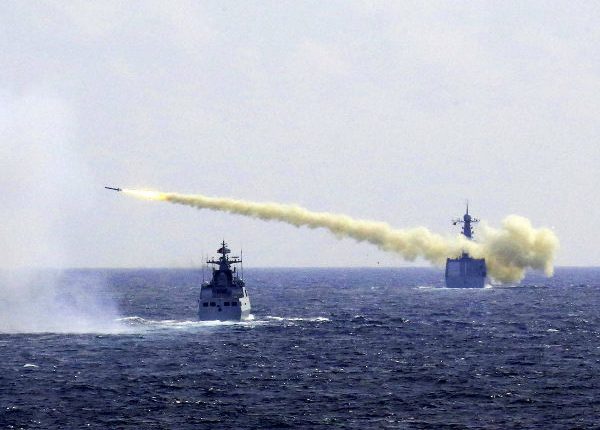 The maritime history of India dates back to 6,000 years ago with the birth of an art of navigating during the Indus Valley Civilization. The primary objective of the Navy is to safeguard the nation’s maritime borders, and in conjunction with other Armed Forces of India.  In 1956, Ram Das Katari became the first Indian flag officer and was appointed the first Indian Commander of the Fleet on 2 October. On 22 April 1958, Vice Admiral Katari assumed the command of the Indian Navy from Carlill as the first Indian Chief of Staff of the Indian Navy. With the departure in 1962 of the last British officer on secondment to the Navy, Commodore David Kirke, the Chief of Naval Aviation, the Indian Navy finally became an entirely Indian service. As of June 2019, the Indian Navy has 67,252 active and 55,000 reserve personnel in service and has a fleet of 150ships and submarines and 300 aircraft. As of October 2020, the operational fleet consists of 1 Aircraft carrier, 1 Transport dock,8 Landing ship tanks, 10 destroyers, 13 frigates, 1 nuclear-powered attack submarine. 1 ballistic missile submarine, 15 conventionally-powered attack submarine, 23 corvettes, 4 fleet tankers, and several small patrol boats.

In the 21st century, the Indian Navy has played an important role in maintaining peace for India on the maritime front of the nation . The Indian Navy operates three operational Commands. Each Command is headed by a Flag officer commanding-in-chief (FOC-in-C) of the rank ofVice Admiral.

Officer training is conducted at Indian Naval Academy  (INA) at Ezhimala on the coast of Kerala. Established in 2009, it is the largest naval academy in Asia. Cadets from National Defence Academy also move to INA in their last terms.

Being in the process of becoming a Global power, the Indian Navy regularly keeps itself updating with new technologies & ordinances. Indian Navy also regularly organizes Exercises with its neighbouring countries or by its own. One such Exercise is the “ SEA VIGIL-21”. It is a coastal defence exercise conducted to evaluate the preparation of coastal security.

After the incident of 26/11, the Indian Maritime was let open & which led to worry for the military think-tank for strengthening the maritime borders of the peninsular. Thus, the Coastal defence exercise came in the run.

A two-day coastal defence exercise, SEA VIGIL-21 was conducted on Tuesday& Wednesday. The Exercise involved the deployment of the entire coastal security apparatus & more than 110 surface assets of the Indian Navy & the Coast guard. A large no. of Marine police & customs assets were also deployed.  The exercise aims at assessing India’s preparedness in the domain of coastal defence and maritime security.  Exercise Sea VIGIL is one & first of its kind. The exercise was conducted along the entire 7516.6 km coastline and Exclusive Economic Zone of India and involved all the 13 coastal states and Union Territories along with all maritime stakeholders, including the fishing and coastal communities.

The Exercise is a build-up towards the next step and level exercise called “Tropex” (Theatre-level Readiness Operational Exercise).

The first edition of the Exercise was conducted in the year 2019.

Exercise ‘Sea Vigil-21’ will provide a realistic assessment of our strengths and weaknesses and thus will help in further strengthening maritime and national security. The Entire Coastline was kept under surveillance by the Aircraft of the Indian Navy & Coast Guards & helicopters were also in service to fortify the Special forces.

The re-shaping of the Indian Navy has put the morale high for the Armed Forces. Naval personnel & their valor reaffirm the Indian Navy’s steadfast commitment to the service of the Nation and towards ensuring our maritime security & National Integrity.