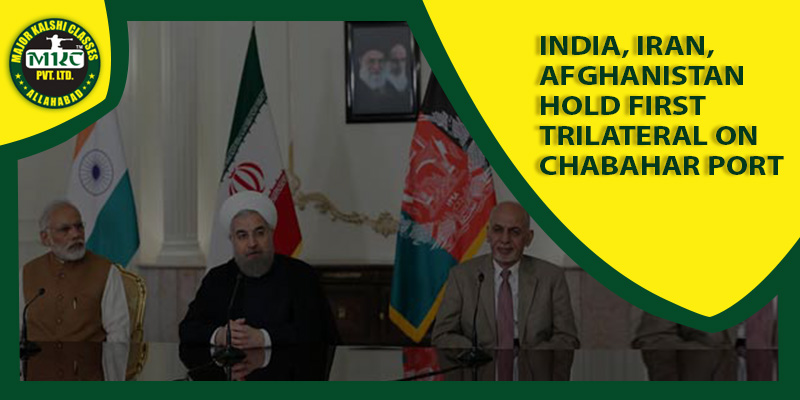 According to a report, India, Iran, and Afghanistan held their first trilateral meeting on Tuesday in Kabul. The primary aim of this meeting is to implement the Chabahar port project as well as host other issues. This first trilateral meeting also discussed the ways to deepen counter-terror cooperation. Mr. T.S. Tirumurti, Secretary (Economic Relations) led the Indian delegation, whereas Deputy Ministers of Transport led the Afghan and Iran delegations.

In a joint statement, India, Iran, and Afghanistan said that “The first trilateral meeting was held to focus on consolidating economic cooperation, including Chabahar. It also aimed to improve cooperation on counter-terrorism, counter-narcotics, as well as support to the peace and reconciliation process that is led and owned by Afghanistan.”

All these three sides were agreed to hold the next round of consultation at an accurate time in India next year. According to the sources, it has been observed that the possible impact of the US sanctions on the Chabahar port project was also figured in the first trilateral meeting.

Sistan-Balochistan Province’s port on Iran’s southern coast is being developed by India and Iran will come under the US sanctions on Iran. The two-plus-two talks say that India appraised the American delegation about the strategic importance of Chabahar to improve trade with war-ravaged Afghanistan.

The port is easily accessible from India’s western coast. It can be seen as a counter to Pakistan’s Gwadar Port, which is located at a distance of around 80 km from Chabahar. The Chabahar port will maximize the trading opportunities for India, Iran, and Afghanistan along with central Asian countries. India and Iran had signed an agreement in May 2016 under which India is to equip as well operate two berths in Chabahar Port Phase-I. The capital investment will be $85.21 million, whereas annual revenue expenditure will be $22.95 million on a 10-year lease.

We hope that this blog provides you with all the required details about the India, Iran, and Afghanistan Held First Trilateral Meeting on Chabahar Port Project. If you are a candidate preparing for Defence Forces, avail the Best Books or Study Material from MKC Publications. For further inquiry, feel free to call us on +91 9696330033/9696220022 or