Which option is correct:

Q-2- Recently who is appointed as Election Commissioner Of India?

Indore is India’s cleanest city for the fourth time in a row and Chhattisgarh is cleanest state for the second time, as per the ‘Swachh Survekshan 2020’ results announced by Union Minister Hardeep Singh Puri at the Swachh Mahotsav being organised by the Ministry of Housing and Urban affairs (MoUHA). Gujarat’s Surat gets the second place and Maharashtra’s Navi Mumbai is at number three spot in terms of clean cities with population more than a lakh. Jharkhand is the cleanest state in the category of less than 100 Urban Local Bodies (ULBs). This is the fifth edition of the annual cleanliness survey of the country.

Q-5 – Match List I with List II and select the correct answer using the code given below the lists :

Q-6- Which country is India’s top trading partners in terms of countries that imported the most Indian   shipments during 2019 ?

Below is a list highlighting 15 of India’s top trading partners in terms of countries that imported the most Indian shipments by dollar value during 2019. Also shown is each import country’s percentage of total Indian exports.

Saudi Arabia increased its import purchases from India from 2018 to 2019 by the most at 10%. In second place was the United States via a 4.7% gain in value. France boosted its imports from India by 3%, trailed by a 2.8% improvement for China.

Q-7- ‘Poverty and Un-British rule in India’ book was written by whom?

Dadabhai Naoroji (4 September 1825 – 30 June 1917) also known as the “Grand Old Man of India” and “official Ambassador of India” was an Indian Parsi scholar, trader and politician who was a Liberal Party member of Parliament (MP) in the United Kingdom House of Commons between 1892 and 1895, and the first Asian to be a British MP .

Q-8- Which of the following is tri- services command of Indian Armed Forces?

Q-9- Which of the following is the ‘Wartime gallantry award’?

An informal “coffee club”, comprising 40-odd members states, has been instrumental in holding back reforms to the United Nations Security Council. Most members of the club are middle-sized states who oppose bigger regional powers grabbing permanent seats in the UN Security Council.

Coffee Club is a group of nations which counter the bids for permanent seats by countries such as Brazil, Germany, India, and Japan or G4. It was formed 1995 by Italy.

Ques. 12-The rank of Rear Admiral of the Indian Navy is equivalent to which rank of Indian Air Force?

The Armed Forces Veterans Day is celebrated on January 14 every year and was instituted in the year 2017, to commemorate the retirement date of the first Indian Chief of Army Staff, K M Cariappa. He served as the Chief of Army Staff from 1949 to 1953.
The present Indian Army Chief General M M Naravane attended the event organised to observe the Armed Forces Veterans Day and announced that special pensions would be provided to the emergency commissioned and short service commissioned officers who fought in the wars of 1965 and 1971 against Pakistan.

Ques.14- Where is the headquarter of National Association of Software and Service Companies (NASSCOM) ?

Ques-17- Which of the following is not correctly match:

Ques-19- Where is the M.Chinnaswamy Cricket Stadium?

Ques-20- Which state of Bharat has no State Legislative Council ?

As of November 2019, after the bifurcation of Jammu and Kashmir, 6 out of 28 states have a State Legislative Council. The latest state to have a council is Telangana. 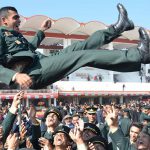