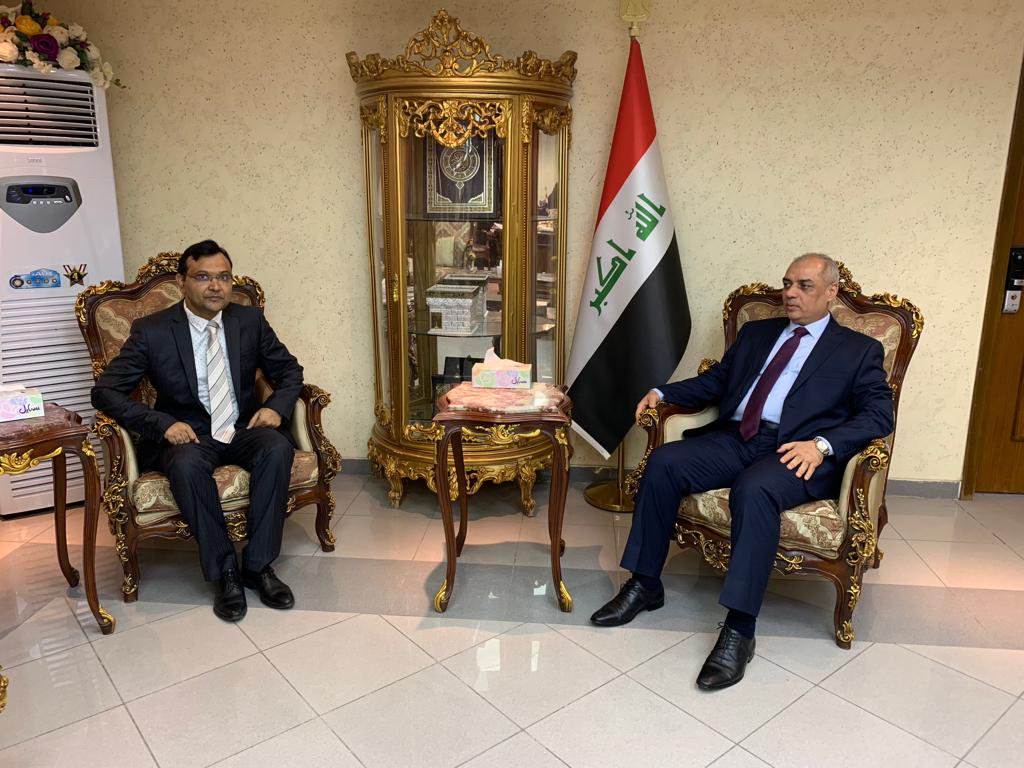 India is one of the largest importers of oil and petroleum products across the globe. Being a developing nation and with a population of approximately over 1.2 billion, the demand for crude oil and allied products is at its peak.  As a prudent consumer of oil, India is dependent on the West Asian countries for crude oil, gas and petroleum products for decades. The shifts in the price of crude oil would directly affect the Indian economy in various dimensions. Iraq has been a priority importer of oil to India overriding Saudi Arabia many times over the last few years. India has recently showed interest in purchasing oil directly from the Iraqi Kurdistan region.

The Kurdistan Region of Iraq is known for its large oil reserves and production.

The region possesses around one-third of the total oil production in Iraq. Although the region is a disputed territory in Iraq, the social and economic factors play a crucial role in Kurdish nationalism in the northern -resources rich- ancient Mesopotamia.

The distribution of oil resources and discoveries and the ones yet to be discovered. It is evident that Iraqi Kurdistan has almost 14 areas blocked with discoveries, 11 areas explored with development plans that are yet to be implemented and many other unexplored region.

However, the regional government of Kurdistan has shown a single-minded interest over a period of time in inviting foreign delegations to invest in the region and for furthering trade relations not only in oil but also for business in various other domains including agriculture and pharmaceutical industries.

Iraqi Kurdistan encountered certain troubles with the Islamic State’s (ISIS) intrusion and regional instability. In the latter half of 2018, it is observed that companies from various developing nations have shown interest in their economy and the region consistently exports approximately around 10.2 million barrels monthly.  The Ministry of Natural resources of the Kurdistan regional government in November 2018 mentioned that they have upgraded their export capacity by 42.85 percent from 700,000 barrels to 1 million barrels per day. This gives the impression that Iraqi Kurdistan has the potential to become a competitive investment hub in West Asia in the near future.

For decades, India has been economically dependent on the West Asian nations. The contribution of Indian immigrants to the region is commendable as the country receives a large amount of foreign exchange yearly. Adding to it, India is one of the largest importers of oil and allied products which naturally makes oil a strategic component to sustain the economy.

According to the Ministry of Trade and Commerce in India, the total import of crude oil and allied products in November 2018 stood at the US $ 13.49 billion which had increased by 56.55 percent in rupee terms to that of US $ 9.55 billion in November 2017.

The Global Brent Price ($/bbl) had also increased by 4.16% in November 2018 in comparison to 2017, as per a World Bank Report. Majority of India’s crude oil requirements are dealt by imports from Saudi Arabia, Iraq, Iran and Qatar (majorly Natural Gas).

According to World’s Top Exports statistics, India is positioned at the top in crude oil importers list in 2017 consuming around 6.9 percent of the world’s production. The average cost at which India purchases petroleum, oil and allied products stand at Rs.33, 300 per ton in 2018.

India imported around 48.9 lakh ton ((~) 41 million barrel) from Iraq in 2018 at a cost of Rs.32,100 per ton which is cheaper than the average price at which India purchases in the global level. However, it is estimated that one-third of the crude oil reserves lay in the Iraqi Kurdistan region and it would be cheaper for India to purchase directly from the regional Government.

We hope that this blog should’ve provided you with all the required details about Why is Iraqi Kurdistan Strategic for India? [ Current General Knowledge ]. If you are a candidate preparing for Defence Forces then avail the Best Books or Study Material on MKC Publications. For some further inquiry feel free to call us on: 9696330033/9696220022 or Visit us on: