The National Defence Academy (NDA) is the Joint Services academy of the Indian Armed Forces, where cadets of the three services, the Army, the Navy, and the Air Force train together before they go on to respective service academies for further pre-commissioning training.

NDA Cadets have to perform physical exercise and grueling drill and PT from 4 AM to 6 AM After PT/Drill cadets come back to their squadron. They get freshen up and go for breakfast. after completing the breakfast they have to go to the class. You need to reach in your classes on time because of your seniors are very strict regard time and punctuality.

The classes will over at 2 pm and another 45 minutes are given for lunch. There are no rest gaps in between and the cadet then makes it to the PT classes or a sport discipline of his choice.

3 pm to 6 pm is reserved for developing a spirit of ‘camaraderie and sportsmanship’. 6:30 pm to 8:30 is reserved for studies after which dinner is served. Dinner makes way for another hour and a half of PT and games. Lights go out at 10:15 pm and the cadets repeat the same cycle for three years in training.

The above training schedule is the work profile or job profile of NDA Cadets.

The selected candidates for the three services viz, Army, Navy and Air Force are given preliminary training both academic and physical for a period of 3 years at the National Defence Academy which is an Inter-Service Institution. The training during the first two and half years is common to the cadets of three wings. All the cadets on passing out will be awarded degrees from Jawaharlal Nehru University Delhi as under:-

During the three year training periods, Cadets are eligible for a sum of Rs. 21,000 per month as stipend. But after the completion of training, they will receive approx Rs.55000 per month. Once NDA cadets successfully complete his training they will join the armed forces as-

You can also Avail our Service:-

This is all about the What is the Job Profile of NDA Cadets and Salary?. If you guys want to serve for the nation and wanted to clear Defence examination, can join Major Kalshi Classes, Here we have experienced faculty for all the subjects. For more inquiries, you can call us at 9696220022 and 9696330033 or go to our official website www.majorkalshiclasses.com. Thank you. All the Best! 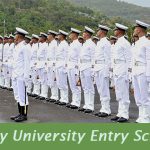 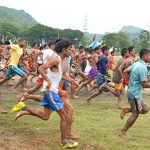 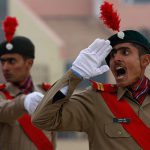