Recommended in first attempt for NDA

Hi friends, my name is Aviral Mishra and I am from Faizabad U.P. I don’t have Defence background but I was aware about the defence due to the student of Sainik School Lucknow. Right from joining sainik school it became my dream to be an officer of Indian Army. My background at Sainik school as well as the kind of upbringing I got in my school always helped me to fulfill my dream. 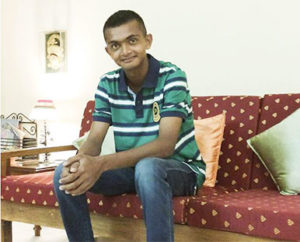 Although I was from the sainik school yet I felt that my preparation was incomplete without external source of guidance. I was hunting for the best place for the above purpose when my uncle who is living at Allahabad told me about the Major Kalshi Classes,a premier defence training institute of India.

Without having any delay I reached at said institution and got myself enrolled for SSB Interview batch of 14 Days.

Friends, I would like to share my experience of SSB with you so that it can help you also.

I was called at Bhopal selection center,we were 195 candidates who reported we were called in a big hall and distributed some basic forms like identification from, TA form and chest number were also allotted I was chest number – 15. Lastly we were briefed by a senior officer about full conduct rule regulation during our stay at boards.

On this we reported at early morning at 6:30 am. We were made to sit a big hall, a teter JCO briefed us about the OIR Test  which consisted of 50-50 questions in each set for which around 25 minutes were provided for each set. After this, were briefed about PPDT, thereafter we were shown a picture based on which we wrote a story. After this we were divided in group of 15 each. Later on we had discussion after this entire process result of screening was announced in which only 48 candidates got screen in.

My psychological Test was average as I was not much prepared on it although I fared well, I didn’t find anything strange about the various tests, all the pictures in TAT, words in WAT and SRT were normal in nature. In WAT I did 59 words but in SRT part I was able to approach 52, over all it was good and I was satisfied with my performance.

In GTO part we were divided into small group of 10 each. This series started with the GD in which my participation was average. In all the outdoor task like PGT, HGT, GOR, FGT & CT I gave many workable ideas which many of times helped group to complete the task within the given time. MY physical fitness level  as well as my practical approach helped me to do well in GTO.

I was interviewed on day 3 just after the GTO. IO interviewed me for more than 45 minutes in which he asked me routine questions about my life on which I was able to answer confidently although few question were from gk&Current affairs yet I performed well due to my habit of reading newspaper daily.

On the last day during the conference I was asked about my stay& feedback at SSB for which I responded positively.

Finally the moment came when an officer,Probably psychologist arrived at hall and announced result. We were 6 candidates who got recommended thereafter I stayed at board for 5 more days for medical examination.

So in conclusion I would like to say that guidance at Major Kalshi Classes always helped me &hence I strongly recommend aspirants to join this institute for better future in defence. 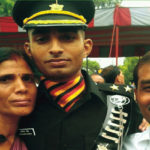