The Indian Armed forces have a shortage of the officers but armed forces cannot hire a candidate who is not capable of the service. They always select the best Candidates among all of them. Indian Armed forces have a number of vacancies vacant But due to the lack of capability of the Indian youths they cannot fulfill the requirement of the service. They select the best once only. Here In this article, we will share with you the Number of a vacancy in NDA & CDS, Number of Vacancy in AFCAT & INET, Army TES no. of Vacancy and No. of a vacancy in all defense exams.

The Indian Armed Forces release no. of vacancy every year, here I will share with you the Exam which is conducted for the selection of the officers and Soldiers, “how many vacancies these exam releases every year”. NDA & CDS exam is conducted for the selection of the candidate in all three forces of the nation and the rest of the exam which has been mentioned in the topic title is for the Individual service like INET is for Indian Navy, Army TES is for Army technical entry and AFCAT is for Air force, etc.

These both the exams are conducted by the UPSC (Union Public Service Commission) twice in a year and for the NDA exam, you can apply after 12th if you have Physics and Mathematics at 10+2 level and the CDS exam, you can apply for this after the graduation, eligibility for this is- You must have done graduation in any stream with physics and mathematics at 10+2 level.

This exam conducted by the Indian Navy itself for the selection of the officers into the Indian Navy. You can apply for this after the gradation in B.E or B.tech with Physics and Mathematics at 10+2 level. Only engineering graduates are eligible to apply.  This is a very recently launched exam of the Indian Navy. The INET of the Indian Navy releases the Vacancy around 120-140 every year. This year 2019 INET has released 122 vacancies.

This entry is for the technical cadets, You can apply for this entry after 12th, If you have Physics and mathematics at 102 level. There is no written exam for this exam, You will be shortlisted on the basis of your 12th marks and the shortlisted candidate will appear for the SSB Interview, After the selection in the TES, you will do your engineering in the field of Army, you can also choose streams as per your streams like mechanical, electrical or computer engineering.  The TES exam held every year, You must have at least 70% marks to apply for this entry, and according to the every year cut-offs, The candidate who has scored 75% or more than that, will be shortlisted.

The Army TES release vacancy every year around 85-130, this year 2019 the Army TES has released 90 vacancies.

AFCAT exam is conducted by the Indian Airforce itself for the recruitment of the officers into the Indian Airforce Service. You can apply for this vacancy after the graduation in any streams with physics and mathematics at 10+2 level. The AFCAT exam seems very easy because of the syllabus of it, the AFCAT syllabus is very less.

The AFCAT release the vacancy around 30- 90 vacancy every year in all over India. This is the only defense exam, which releases very fewer vacancies. It is very tough to get selected In the Indian Air Force through AFCAT. There are some other ways also to join the Indian Air force as an Officers or As an Airmen like NDA, CDS, etc.  If you are appearing for the AFCAT exam try to attempt the maximum questions in order to qualify the cutoff. after the graduation, you have many options to join the Indian Armed forces like  CDS, INET, AFCAT, NCC special entry(If you have done  NCC and you have NCC ‘C’  certificate).

The Indian Navy TES is same as Army TES. all the things will be the same,  The candidate will be selected on the basis of 12th marks and then the shortlisted candidates will appear for the SSB Interview. This is for the B.tech entry after the selected candidate will do the B.tech in the field Navy related streams and after the successful completion of the training, the candidates will be posted as Engineer officers in the Service.
The Navy TES release the vacancy every year around 90-150 in all over India.

The Vacancy of each Exam in services always depends upon the number of vacant seats in the particular branch. this keeps changing every year but the basis is the same. whatever I have mentioned above that the analyst of the last 3 an 5 years.

This is all about Number of Vacancy in NDA, CDS, AFCAT, INET, ARMY TES, NAVY TES all defense exams. If you guys want to serve for the nation and wanted to clear the Defence examination, can join Major Kalshi Classes, Here we have experienced faculty for all the subjects. For more inquiries, you can call us at 9696220022 and 9696330033 or go to our official website www.majorkalshiclasses.com. Thank you. 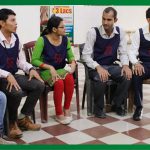 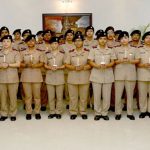