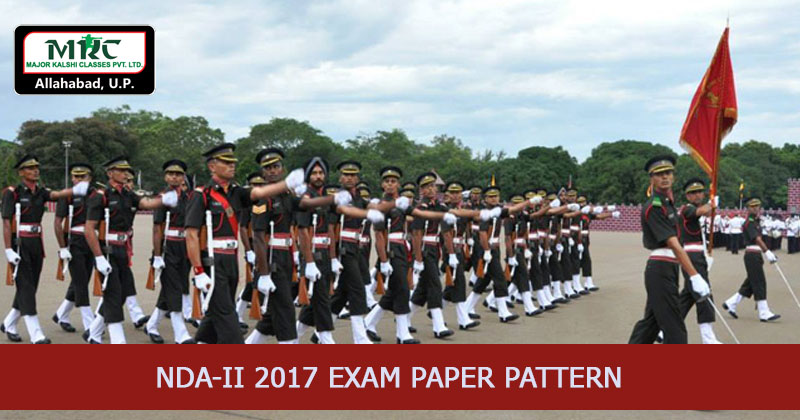 NDA -II 2017 entrance exam is a national level examination. This exam is managed by the Union Public Service Commission (UPSC). It is conducted twice in a year, i.e. NDA-I & NDA-II. NDA exam is a gateway to get entry as officer into Navy, Army & Air Force.  Application forms are out in official website of UPSC in 2ndweek of June 2017. The exam conducting authority will declare the result of NDA (II) 2017 after one month of the examination. And exam shall be conducted in month of September. It is expected that the result will be announced in the month of October 2017. Candidates have full flourished 4 months for preparation. So start preparing from now by following pattern of paper is that is given below:

Paper 1 is of Mathematics
Paper 2 is of General Ability.

Both of the papers will be conducted on same day. The time duration of exam is 2 and half an hour for each paper. Exam of NDA exam is pen and paper mode only. There are total 900 Marks as; 300 marks in Mathematics paper and 600 marks in General ability paper. All the questions asked in the examination are of objective type.

There is a provision of negative marking in the entrance examination of NDA. Candidate will be awarded with 3 marks for every write question and 1 mark will be deducted for each wrong answer.

Pattern you should follow while preparing for NDA Exam

Those Candidates who qualify the written test of NDA will be called for the SSB Interview round. Services Selection Board (SSB) is the personality and intelligence interview.  It is of 900 marks and is conducted in 2 stages.

Stage-2 Interview, Group Testing Officer Tasks, Psychology Tests and Conference will be conducted. SSB is 5 days procedure and is conducted at many SSB centers across India.