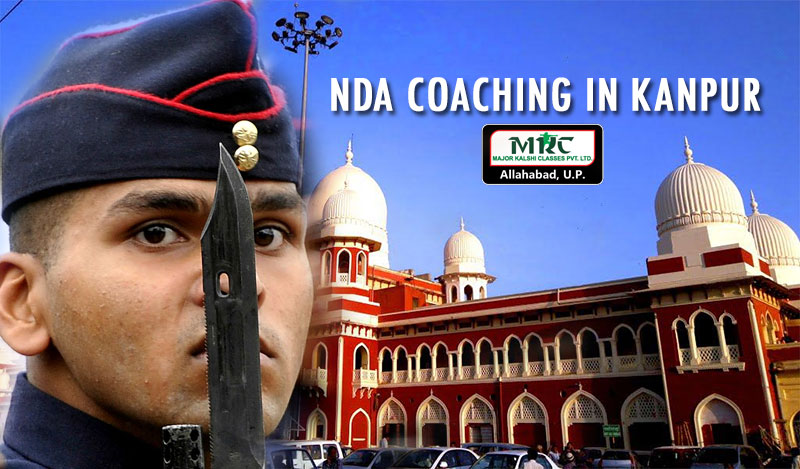 The National Defence Academy is considered as one of the most reputed academies in the world which is considered as a joint academy for the Indian Armed forces that give officers in three wings of Armed forces that are Army, Navy and Air Force. If you are preparing to become an officer and you are looking for Best NDA Coaching in Kanpur then you have best option to choose Major Kalshi Classes Pvt. Ltd.

The Major Kalshi Classes Pvt. Ltd. is renowned institution that provides the best education as NDA Coaching in Kanpur because Major Kalshi Classes can provide you best assistance and guidance for written exam as well as for SSB training program. After the superior successful 10 glorious years in Allahabad now in Kanpur we are coming to give successors. Shortly we are establishing our branch as NDA Coaching in Kanpur to give results. Last year rate of selection is erstwhile more than others the results and number of selections given by major kalshi classes Pvt. Ltd. were 418 in NDA I and 483 in NDA II and 900+ selection in various other entries of armed forces (Army, Navy and Air force).it resulted in a huge success in sector of NDA coaching in entire Indian and our success stories will continue to be in large numbers…………

The main reason why Major Kalshi Classes Pvt. Ltd. is going to be the best NDA coaching in Kanpur because Besides the syllabus, there are various other aspects that are ornately discussed side by side during studies such as Personality development, communication skills, soft skill development, and team-building courses. Those students who enroll themself in Major Kalshi classes Pvt. Ltd. will definitely feel the necessities and enhanced knowledge.

To describe more about Major Kalshi Classes Pvt. Ltd. in few words is it is well-founded, trusted and credible organization which has a strong fundamental base in terms of providing a visible carrier option to students under the guidance of expertise of defence field for SSB interview GTO Ground task is undertaken by Colonel Soumitra Dutt, interview part is done under the guidance of Wing Commander K.P.Thakur and psychology part is described by Group Captain L.K.Pandey (Ex. Deputy President of Varanasi Board).

If you are willingly looking for coaching classes that can give you overall gist idea about NDA Exam and give you training like officer in GTO Ground then come forward and put a step forward to make a right decision by choosing Best NDA Coaching in Kanpur call us for registration and to ask queries 1800-313-2004.visit our official website surely you will find solution of all your defence related query click on www.majorkalshiclasses.com