10 Amazing NDA facts that every NDA Aspirant must know

National Defence Academy is a dream of many Young Aspirants as it offers a golden opportunity to serve the nation in the most glorious manner. NDA is a hallmark of global excellence. It is the gateway to enter in three services of Indian Armed Forces, including the Indian Army, Indian Navy & Indian Air Force. The training and grooming followed by this academy make the candidates smart, hard-working and strong and makes them different from the crowd. There are some mind-blowing NDA facts that you should definitely know if you are a defence aspirant.

NDA is the academy which is known to convert boys into the best men. Do you want to know some stunning NDA facts? Read further.

Aren’t these NDA facts inspiring? These NDA facts are just a few from amazing work NDA does. Do you aspire to be in the most prestigious and honorable academy?

Major Kalshi Classes can help you out to accomplish your goal and can guide you in the right direction to get selected in NDA. Enroll now to be a part of the Indian Armed Forces.

We hope that this blog provides you with all the required details about the 10 Amazing NDA facts that every NDA Aspirant must know. If you are a candidate preparing for Defence Forces, avail the Best Books or Study Material from MKC Publications. For further inquiry, feel free to call us on +91 9696330033/9696220022 or 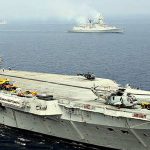