If you are aspiring for a challenging career in the Indian Armed forces and have made up your mind to crack NDA, then ensure to take science and mathematics in class XI. NDA Exam preparation requires serious efforts and a well thought strategy. Aspirants should have a fair idea about syllabus, weightage, difficulty level and examination pattern.

NDA stands for National Defence Academy. It is a premier joint services academy of the Indian armed forces located in Pune. Here, the cadets of the army, the navy and the air force are trained together before they begin their pre-commissioning training in respective academies.

The NDA aspirants are selected through a written examination conducted by UPSC, followed by Intelligence and personality test conducted by SSB(Service Selection Board)

The written test comprises of two sections: mathematics for 300 marks and General Ability Test for 600 marks

All the questions are objective in nature and will be available in English and Hindi.

Intelligence and Personality test by SSB:

i.e. Stage I and Stage II

Only, those candidates who clear stage I are allowed to appear for stage II.

The mathematics paper will have 200 questions and time allotted to finish the test is 2.30 minutes. This test will cover topics like Arithmetic, Probability, Statistics, Geometry, Mensuration, Algebra etc.

To clear this section, one must have clarity in concepts. Begin with the basics and try to solve as many sums as possible. The main purpose is to test your basic understanding of the concept. Try to solve question papers of previous years. Take as many mock tests as possible. Here, you will have to learn effective time management as 200 questions have to be solved with 2 hours 30 min.

The General Ability Test is divided into two parts

How to prepare for Intelligence and Personality test?

As mentioned above, the intelligence and personality test are conducted in two stages by SSB. And candidate goes to stage II only if he/she clears stage I.

These tests are ideally conducted to bring out the presence of officer like qualities and their train-ability in a candidate. To prepare for this test, start taking psychological test that will help you to know yourself. These tests lasts for 4 days. 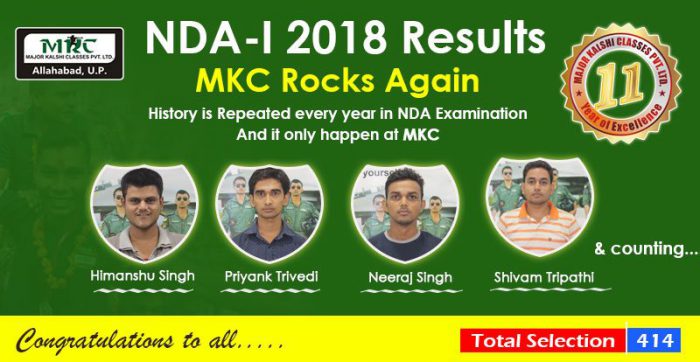 We hope that this article should’ve provided you with great details about NDA Exam Preparation. For any other enquiries, visit