Hello viewers! today we bring about for you guys, the NDA Cadets Salary, Job Profile and Promotions. All about the salary, allowances and promotions will be provided to you in this same article. We as being a coaching institute are trying our best to support you with all your preparations. So we strive hard to provide you with the motivation you require for dreaming high. Major Kalshi Classes is big name in the arena of Defence coaching institutes. Hence, you can join us to get all the content and materials required to keep you updated and ongoing with your preparations.

Coming towards today’s topic i.e. NDA Cadets Salary, Job Profile and Promotions we would like to exaggerate first of all that NDA is an examination that selects the candidates for recruitment into all the three wings of the Indian Army that are Military, Navy and Air Force.

Being an officer in the armed forces has always been like a dream come true. Not just because of the Social security it provides but also because the Financial grades are really good in these jobs. As well as the aspiring candidates dream to be a part of these three armed forces of the nation not only for these securities but also to serve the nation. Henceforth it is a highly respectable and struggle worthy job, that can provide you not only the social and financial security support. But it will also help you serve the Nation, being a part of the Armed Forces.

If you were looking for the Payscale, salary and allowances along with the grade pay of the NDA officers. To remind you, its just the right place where you have landed upon. Talking about the pay benefits, they begin as soon as the Candidate is selected for the training period. As a trainee, an NDA qualified candidate is provided with a sum total of 21000 rs. per month. This money is provided to them during their training in the three Academies namely- Indian Military Academy(IMA), Indian Naval Academy(INA) and Air Force Academy(AFA) where they get joint pre-commissioned training before admissions into respective service academies.

Note A fixed sum of total 6000 Rs. per month is provided as a Military service Pay(MSP) fixed amount to the officers from Lieutenant up to Brigadier.

Allowances to the NDA cadet Officers:-

Including the above-given scale pays, the officers are entitled to have the following types of allowances:-

This is all about NDA Cadets Salary, Job Profile and Promotions. If you guys want to serve for the nation and wanted to clear Defence examination, can join Major Kalshi Classes, Here we have experienced faculty for all the subjects. For more inquiry, you can call us at 9696220022 and 9696330033 or go to our official website www.majorkalshiclasses.com. Thank you. All the Best! 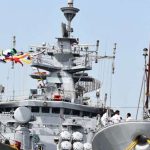 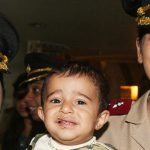 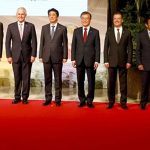 India at the East Asia Summit