President Ram Nath Kovind reviewed the 134th NDA passing out ceremony held at Khetrapal ground in Khadakwasla, Pune on 30th May. The zeal and pride of the cadets passing out and their parents was sky high. Cadets Akshat Raj, Sohail Islam and Ali Ahmed Choudhury won gold, silver and bronze respectively, for their overall performance throughout the course. When they received their medals from the President, the joy and pride on their faces was clearly visible. There was also a hint of a promise to serve the nation with all they have got including their physical and mental strength and everything they have learned and acquired at NDA. There was an assurance that they will use their intelligence and skills and dedicate their body and soul at the service of the nation. 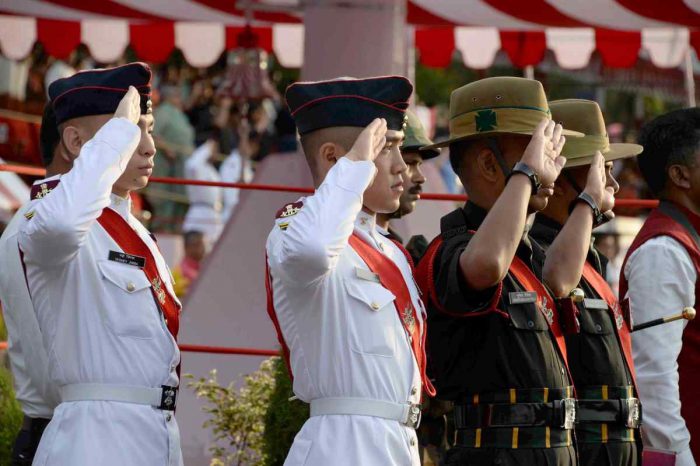 The President congratulated the cadets on their disciplined drill and perfect turn out. He expressed Armed Forces are a symbol of excellence and dedication for the entire country. He added that as the parade comprises cadets from all parts of India, its harmony speaks for our unity and pluralism as a society.

He rightly said that “A soldier or an officer in uniform, irrespective of whether he or she is from the Army, the Navy or the Air Force, evokes admiration and trust everywhere in the country. 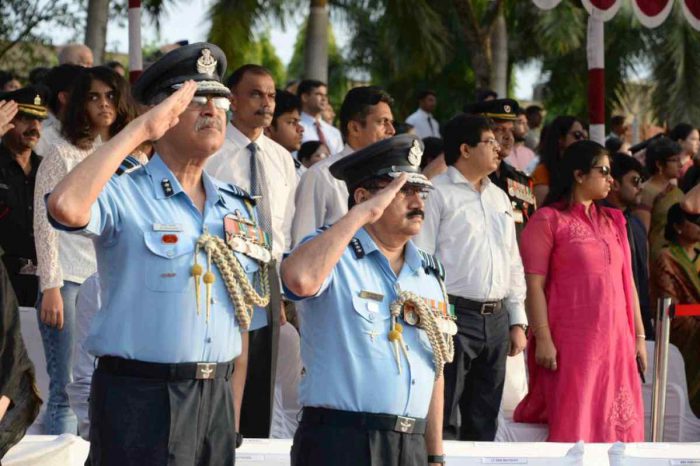 He applauded NDA as it is much more than just a training facility, “It is the crucible of valour and bravery”.

He usrged “Cadets, as you cross the quarterdeck today, do remember that you owe a debt of gratitude to your parents and families who have sacrificed so much to support you. And you owe your professional credo to the NDA that has groomed you into leaders. The Armed Forces are not merely about doing a job – they are about answering a calling. Today, you become role models for our young people, guarantors of our peace and prosperity, and guardians of our nation – in the snow-capped mountains and under the desert sun, in the stormy seas and in the cloudy but boundless skies.”

He remembered late Subedar Major Rajeev Kumar Rai, who trained the current NDA batch and unfortunately passed away only a few days ago. He expressed condolences to his family and colleagues.

In the end he wished “May success and victory mark every step! May you prove worthy successors to the unflinching and fearless officers who have preceded you! May the force be with you! Jai Hind!” 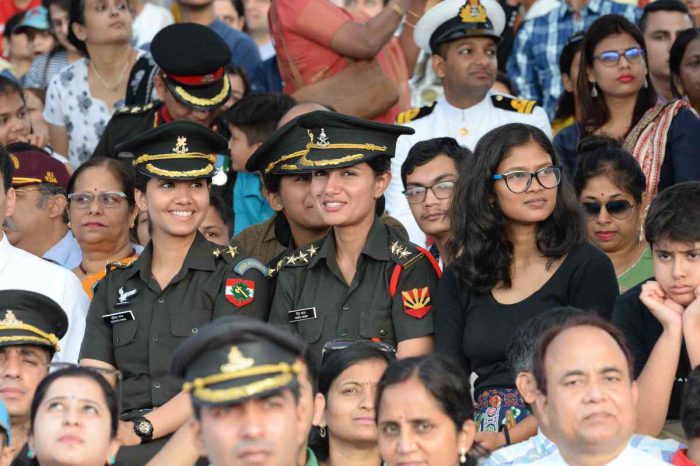 All in all, it was a ceremony to be cherished years after. It was full of emotions and hope for a life full of adventures and opportunities to exhibit gallantry and fortitude.

10 Special Things You Get Only in the Indian Defence Services