The Final Merit List for for Navy’s 144th batch of sailors both “Senior Secondary Recruits” and “Artificer Apprentice” has been uploaded on www.joinindiannavy.gov.in  yesterday evening that is 21st June 2018.

Both the lists are listed below to downloaded.

Otherwise one can check it on the official website using the following link.

Navy conducts the exam for recruitment of sailors as SSR and AA twice a year. And following is a brief description of the job and required qualification.

As per the navy official website as a SSR you will become part of a highly technical Organization. And will work in powerful, modern ships such as Aircraft Carriers, Guided Missile Destroyers and Frigates, Replenishment Ships and highly technical and fascinating submarines and aircraft. A SSR also handles operations of radars and sonars.

10+2 examination with Maths & Physics and atleast one of these subjects; Chemistry/Biology/Computer science.

As an Artificer, you will undergo the best technical training. Main role is to manage men,  and maintain some of the most complex systems and sophisticated equipment. An artificer (as per specialisation) would need to work on steam powered machinery, diesel and gas turbines, guided missiles and other automatically controlled weapon, sensors avionic equipment, computers and highly advanced radio and electrical power systems.

10+2 examination with 60% or more marks in aggregate with Maths & Physics and atleast one of these subjects; Chemistry/Biology/Computer science

between 17-20 years on the day of enrolment.

If you are not a student of Major Kalshi Classes, you can still prepare at home using the best books for Navy SSR/AA . you can order the same at 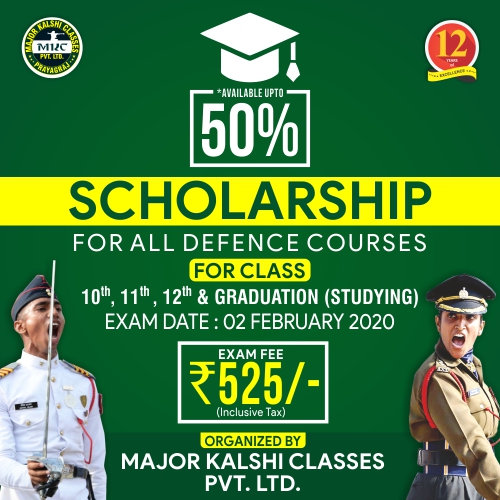