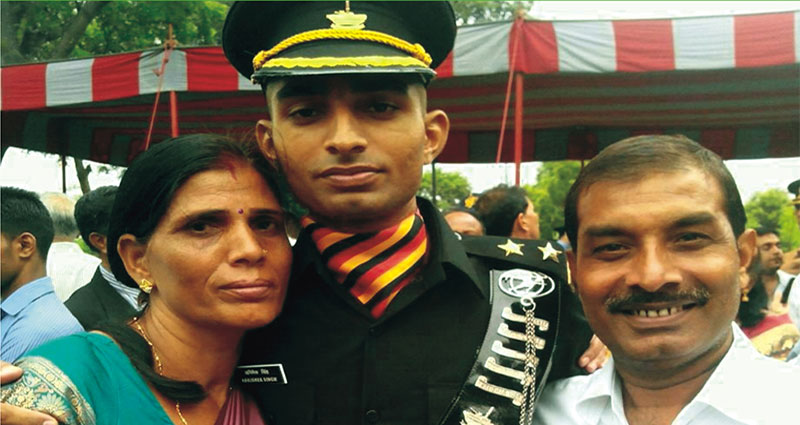 My name is Abhishek Singh & I am from Lakhimpur Kheri U.P.

I got recommended in my first attempt through CDS- Ota Entry. Initially it was very tough for me to plan how to start and what should be done to join defence forces. As I as from thevillage background so I did not have any formal guidance for defence in the initial phase of my preparation.

While I was looking for some external source of guidance I came across with one of the prestigious institute of defence preparation in India known as Major Kalshi Classes Pvt. Ltd. situated at Allahabad U.P. Here I got everything which is required to join Armed Forces in first attempt. I would like to share my experience of SSB with you friends so that it can also help you to know more about SSB interview. 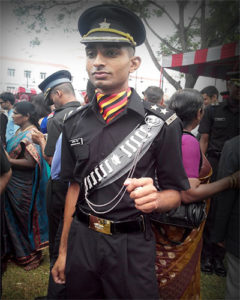 On this very first day I reported at selection center Bhopal at 2 pm. We were some 193 candidates reported there. We undergone some basic documentation and briefed about do’s and don’ts at SSB and 5 day selection procedure.

On this day we were directed to report early morning @ 6:30 which we obeyed strictly and reported on time. We were  given some general briefing about the Officers Intelligence Test and we were distributed an illustration set in which we had practice and then we were given final sets which had 50 questions in each sets for which we got 28 minutes. I was able to approach more than 80% correctly as I had good command and practice on this. In the PP & DT we had a blur picture on which I wrote a meaningful story & in the discussion part I gave some valuable points and made other candidates agree on that. Although some candidates were shouting but I did not become the part of that shout. Then after the lunch we were called for results and I was very happy to find that I was also one of the screened in candidate.

On day 2 we reported at 6:30 am in formal dress. We waited for some 20 minutes when a psychologist arrived. He briefed us about the testing and were distributed test booklet. In all the tests I was able to perform well due to my regular practice although I was little worried in beginning about WAT But some of the valuable tips of assessors who taught me at Major Kalshi Classes helped me much. Overall this test was ok.

This day started with GD in which I performed well as I worked hard on my knowledge by reading newspaper & magazine. In other outdoor task I put forward my ideas & satisfied my group. Individual obstacles & Group Obstacle Race was also good which was mostly based on physical fitness and I did well in this task. Over all my performance in GTO was also good.

My interview lasted for almost 45 minutes in which my interviewing officer asked me about my family background, educational background,sports, hobbies, extracurricular activities. Few rapidfire questions were also asked on which I responded positively and in sequential manner. What I realized after my interview that most of the questions were personal. Overall this section was also good for me.

In the board conference I was asked about my stay and feedback for the improvement at boards. My conference lasted for only 1 minute and I faced it confidently. After the board conference we waited for almost two hours and after having lunch we were called for announcement of results. Finally that moment came when an officer arrived in hall with result and started announcing the chest numbers of recommended candidates and I was also one of them.

Friends I would like to dedicate my success to Major Kalshi Classes Pvt. Ltd. Allahabad which helped me to overcome my shortcomings. All the faculty specially retired officers guided me in all the aspects of SSB.

So if you are looking to make your career I defence forces it is my personal advice that MKC is the first and best choice.

Another MKCian Selected in NDA 148