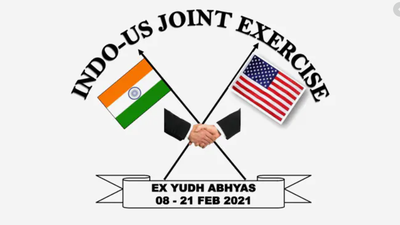 Joint Military exercise heralds the coming together of militaries and apparently are the most visible & potent instrumentalities for building interoperability and in some cases reducing national mistrust.

Undeniably, it has been quite a strategic transition for India to change its face as an isolated military power to become a frequent joint military exercise practitioner. Joint exercises can be of a simple type, involving mere passing of warship of manicures of naval frigates, practice gunfire at ranges of simple SAR (Search & Research Exercise). Other exercises are slightly complex, involve some tactics. Finally, there are also complex exercises that involve combined tactics of surface warships, aircraft &submarines. India is continuously putting its boots in such bilateral exercise & showcasing its militia valor to the world.

The 16th edition of the YudhAbhyas exercise started on the 8th of February and it will continue until February 21.

The India-US joint military exercise “YudhAbhyas 20” is conducting on, in the Mahajan Field Firing Range of the Bikaner district in Rajasthan.

The exercise aims at enhancing cooperation and interoperability between the two armies and will focus on counter terrorism operations.

11th  Battalion of Jammu & Kashmir Rifles, part of the South Western Command will represent the Indian Army while the US Army delegation will be represented by the troops of 2nd Battalion, 3rd Infantry Regiment of 1-2 Stryker Brigade Combat Team. Near About 270 US and 250 Indian Army soldiers are participating in the exercise.

This joint exercise is significant in terms of security threats faced by both nations because of global terrorism. Amid the Covid-19 pandemic which imitates the strength of bilateral relations & conveys a geo-strategic message. The joint military exercise will enhance the level of defence cooperation b/w both armies & will develop relations between nations & restates India’s impact as a key partner in the Indo-pacific region. 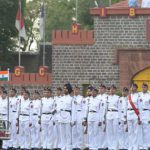