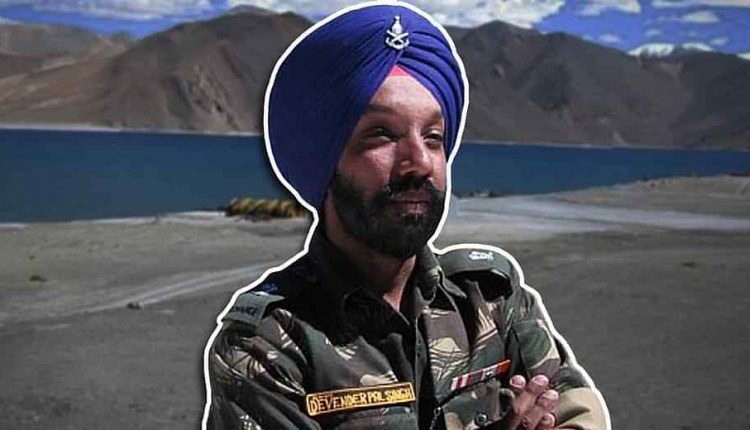 “I don’t like using the term ‘physically challenged’. I would like to think that human beings are capable of doing anything that they want if only they can train their minds well enough .” said by Retired Major Devendra Pal Singh

Born up at Jagdhari on 13 September 1973, Major Singh is a true example of valor which the Indian army is known for. He received his initial education in Kendriya Vidyalaya School, Roorkee. Major DP Singh graduated from the Indian Military School, Dehradun from 101st course Regular batch on 6th December 1997. He was commissioned into the 7th Batallion of The Dogra Regiment.  Major DP Singh was just 25 when he was posted to Kargil where the Pakistani Army stealthily captured the major heights in Kashmir. In mid-may 1999 the hostilities were at the peak between India and Pakistan over intrusions across the border. His unit was moved to the Line of Control in the Akhnoor sector.

It was the black day on 15 July 1999 when he got injured while commanding a post near the LoC when two mortar bombs landed while he was standing outside a bunker. The first bomb went past him but the second one landed next to him. He was just 80 meters away from a Pakistani post. That was all that he knew till eyes open. After regaining his senses , he found himself lying on a hospital bed in Akhnoor. Initially, he was declared dead in the hospital but the anaesthesiologist revived him again. Major Singh was hospitalized for nearly one year where he underwent a number of surgeries. The sharpness of the bomb severely injured his body which resulted in the amputation of his leg in order to prevent further damage to his body. He suffered partial hearing loss in both his ears and his intestines were partially removed. He has left knee derangement and a total of over  50 shrapnel are still lodged in various parts of his body.

It was the injury that would have broken another person but it can’t shake the morale of Major Singh. It strengthens the will to live for Major Singh. He got a chance to learn from it and made the best use of it. And that’s the thing the Indian Armed Forces teaches; to never let us down whatever the circumstances are. After the Injury, in  2002 he converted himself to Army Ordnance Corps. He retired from the Army in 2007 after serving for 10 years.

In 2009, Major Singh became the first amputee marathon runner of India. Two years later, the Indian Army provided him a blade prosthetic, the first one imported into the country in order to help him to pursue his dreams. Major Singh has completed 20 marathons to date including 3marathons  in extreme conditions at altitudes of 12,000 feet in Leh and Kargil International Marathon. On 28th March, he scripted another history when the 45-year old also became the first Indian Amputee to do solo skydiving from 9000 ft summiting “Year of Disabled celebration “ of Indian Army of which he was ambassador too. He further progressed and jumped 7 more times from 12500ft. This makes him the first Asian to do so.

Known as the “Indian Blade Runner “, he’s been running a marathon for 16 years now and he wishes to make a mark in international tournaments, such as Paralympics.

After Major Singh finished his fourth half marathon in 2011, he decided to set up self-help support which is also an NGO named ‘The Challenging Ones’ or TCO “to share the mindset and the perspective and attitude which enabled him to take on these so-called challenges in life and convert them into his strength.

Major Singh is a quadruple Limca record holder and has been included in the Limca ‘People of the Year’ award in 2016 and was also honoured with the National Award in the ‘Role Model’ category in 2018.

This is not the journey of a special man; it is a journey of everyone who witnesses ups and downs in life. But it’s the caliber to face the challenges which are thrown in front of their progress; not to kill them. They help themselves from within. And that’s the art which Army teaches.

Difference between Rajput Regiment And Rajputana Rifles What is Indian China Border Conflict?