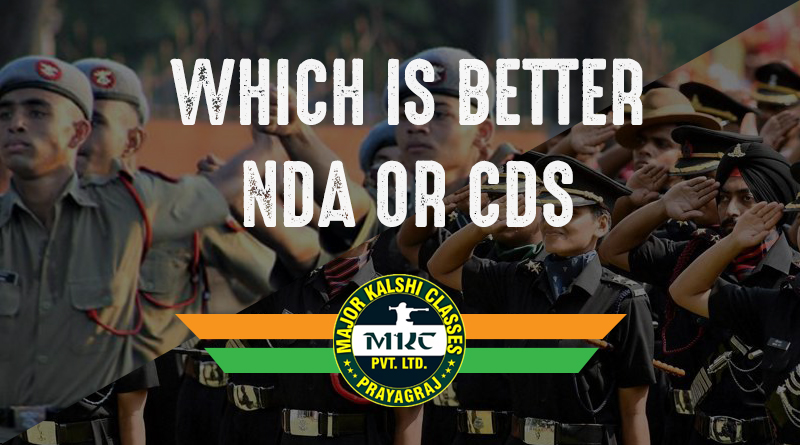 Lot of times, students studying in our campus have asked us which stream of the Indian Armed Forces is better in terms of duty, training, degrees, rank, salary and opportunities. There are two exams through which one can get inducted into Indian Armed forces – NDA (National Defence Academy) and CDS (Combined Defence Services) exam. Both these exams are conducted twice in a year by Union Public Service Commission (UPSC). There are many similarities and differences in the recruitment process of NDA and CDS exam. Here, we will differentiate and analyse the factors present in recruitment of both the exams and will conclude that which of these two is better to join.

For beginners, let’s go through the basic difference and similarities between the two –

Also, we’ve been told when we asked our students that why they opted for NDA and not CDS and vice versa, most of them told us about the major difference in their training period which is somewhat reasonable.

The aspirants who completes their graduation and applies for CDS and join IMA undergoes 1½ year training at IMA which is  6 months of basic training and then after 6 months, the cadets from NDA joins the CDS candidates for a year and collectively, they all gets commissioned into the Indian Army as Lieutenant.

On getting through the NDA exam, candidates are required to go through the following training programs:

On getting through the CDS exam, candidates are required to go through the following training programs:

In both cases, cadets are offered a stipend of ₹21,000 per month during training.

The eventual growth from Lieutenant to a Captain, Major, Lieutenant Colonel and Colonel (both selection-based and time-based) is based on the years in commissioned service for officers selected through either exams. However, for the senior ranks of a Brigadier, Major General, Lieutenant General and General, CDS exams offer a time-bound promotion while NDA candidates have to depend on the selection process laid out from time to time.

In addition to the above mentioned pay, the officers in the rank starting from Lieutenant up to Brigadier are eligible for the Military Service Pay (MSP). While a fixed sum of Rs. 6,000/- per month in lieu of MSP for NDA Officers, the CDS Officers get Rs. 15,500 per month.

Besides the Pay and the MSP, the officers are eligible for various allowances. Surprisingly, the allowances offered by the Army, Navy and Air Force to the officers are considered as the major differences for most of the CDS & NDA Exam aspirants.

Comparison between allowances offered to Army officers selected through NDA & CDS and equivalent ranks in Air Force and Navy are as given below.

The aspirants should note that for the CDS Officers, the newly proposed Daily Allowance (DA) is Rs. 20,000 per month.

This is similar for both NDA and CDS officers –

Which is better to join?

Training period is tougher in NDA which eventually shapes an aspirant into a well moulded army brat rather than joining the army after graduating in some other course and finally making up the mind to join the Indian Army using the CDS examination. But the pay scale and officer allowance in CDS is better than NDA. That being said, Both NDA and CDS are better in their own way. All that matters in the end is following your passion and living the life you wanted and dreamt since childhood. Being an army men, wearing that uniform (irrespective of the course you joined for), and above of all, getting hugely respected from everyone that is around you.

Here is the notification for the NDA 01/19 written examination.

Also, Visit our Current Affair Articles and latest exam blogs to get daily updates of the defence world. We also provide books made from our own publication. These books are instilled with the latest trend analysis and comprehensive concepts from the whole syllabus of NDA, CDS, AFCAT and various other courses that are taught in our institution. 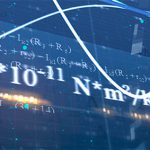 How to Join Indian Air Force?