We often get confused with terms and names associated with the Armed Forces. We keep wondering what ITBF or CISF stand for or under who they operate. Following is some details about all the different security Forces we have.

Indian Army is the 3rd largest in the world after China and USA. We have around 12 lakhs active and 1 lakh reserved personnel. It’s headed by General Bipin Rawat currently. The Indian Army is the largest contributor to United Nations peace making operations. After initial failures, now AGNI is not only a feared missile because of its accurate targeting but also AGNI-V has actually put India in the elite club consisting of Russia, China, USA and France. 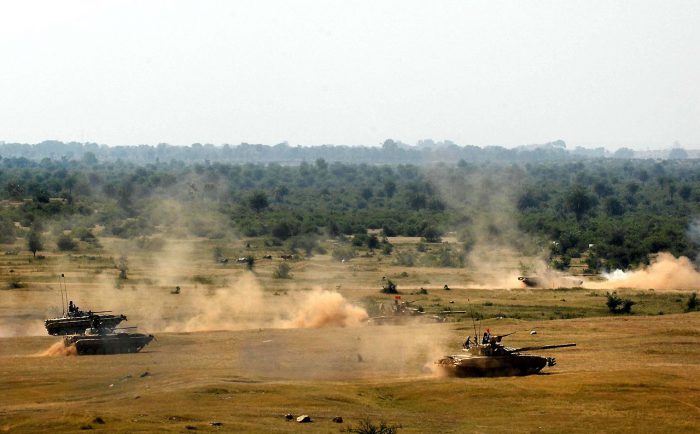 AGNI-V is a nuclear-capable Inter-Continental Ballistic Missile and has been designed and developed completely in India. The Indian Army is a voluntary service, the military draft having never been imposed in India. The highest rank in the Indian Army is Field Marshal, but it is a largely ceremonial rank and appointments are made by the President of India, on the advice of the Union Cabinet of Ministers, only in exceptional circumstances. Late Field Marshal S.H.F.J. Manekshaw and the late Field Marshal Kodandera Madappa Cariappa are the only two officers who have attained this rank. Indian Navy is the fifth largest Navy in the world. The Ezhimala Naval Academy in Kerala is the largest of its kind in Asia. The Indian Navy can trace its lineage back to the 17th-century East India Company’s Marine; it was succeeded by the Royal Indian Navy, which was renamed in 1950 after India became a republic. The 17th-century Maratha emperor Chhatrapati Shivaji Bhosle is considered as the ‘Father of the Indian Navy’. The missile BrahMos, is the fastest cruise missile in the world with a speed of Mach 2.8 – 3.0. Mach (the ratio of speed of the object to speed of sound) 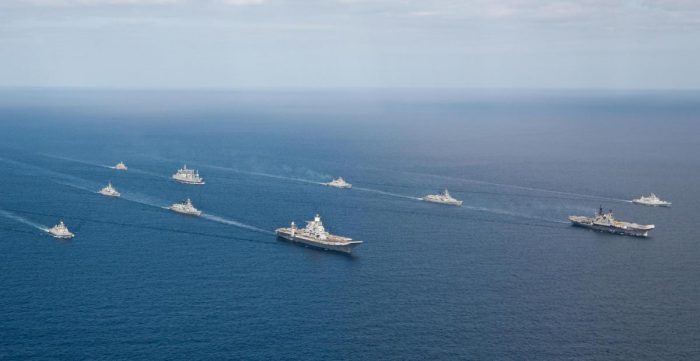 The Ezhimala Naval Academy in Kerala is the largest naval academy in Asia. INS (Indian Naval Ship) Viraat was the navy’s first aircraft carrier and the oldest aircraft carrier in the world. INS Vikrant was the first aircraft carrier to be made in India. The Sagar Prahari Bal (SPB) formed in March 2009 after the 26/11 Mumbai attacks, is the unit of the Indian Navy responsible for patrolling India’s coastal waters. MARCOS or Marine Commandos, nicknamed magarmach, are the special operations (very secretive) unit of the Indian Navy. They are widely feared by terrorists who call them ‘Dadiwala fauj’ because of their bearded disguises in civil areas.

Indian Air Force is the 4th largest air force in world with USA, Russia and China taking the first, second and third positions respectively. It has a total strength of 127,000 active personnel with estimates of around 1,370 aircraft in active service. From 1948 to the Kargil conflict, the Indian Air Force ( IAF) has always exhibited its winning capabilities. 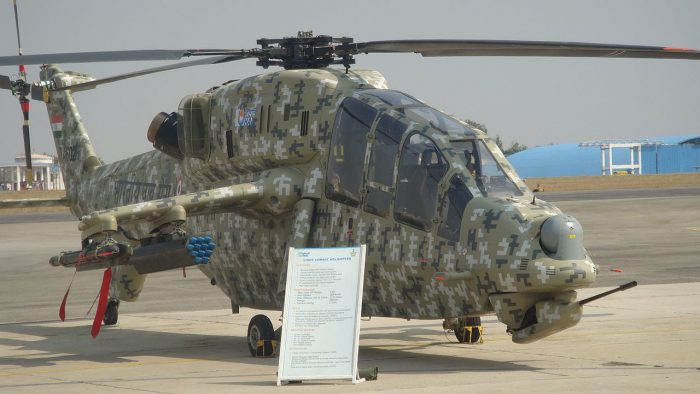 Indian Air Force was established on 8 October 1932 as an auxiliary air force of the British Empire. The prefix Royal was added in 1945 in recognition of its services during World War II. After India achieved independence from the United Kingdom in 1947, the Royal Indian Air Force served the Dominion of India, with the prefix “Royal” being dropped when India became a republic in 1950.
The Indian Air Force’s primary air superiority fighter is the Sukhoi Su-30MKI, which is among the most elite fighter jets in the world

4.2 Assam Rifles The Assam Rifles trace their lineage to a paramilitary police force that was formed under the British in 1835 called Cachar Levy. Since then the Assam Rifles have undergone a number of name changes before the name Assam Rifles was finally adopted in 1917. Over the course of its history, they have served in a number of roles, conflicts and theatres including World War I. There are currently 46 battalions of Assam Rifles under the control of the Indian Ministry of Home Affairs. 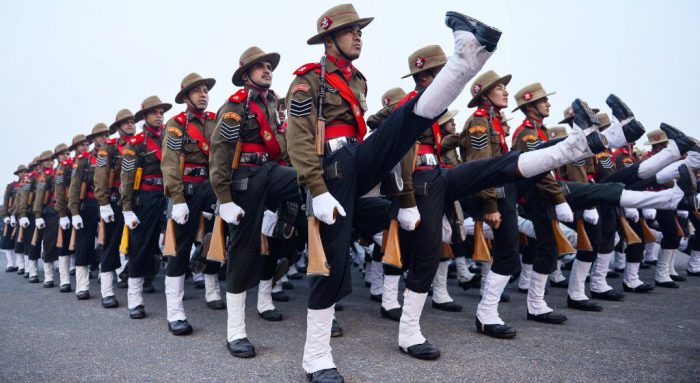 They perform many roles including: the provision of internal security under the control of the army through the conduct of counter insurgency and border security operations, provision of aid to the civil power in times of emergency, and the provision of communications, medical assistance and education in remote areas. In times of war they can also be used as a combat force to secure rear areas if needed.

4.3 Special Frontier Force The Special Frontier Force (SFF) is India’s paramilitary unit. It was initially conceived in the post Sino-Indian war period as a guerrilla force composed mainly of Tibetan refugees whose main goal was to conduct covert operations behind Chinese lines in case of another war between the People’s Republic of China and India. Later, its composition and roles were expanded.

Based in Chakrata, Uttarakhand, SFF is also known as the Establishment 22. The force is under the direct supervision of the Research and Analysis Wing, India’s external intelligence agency.

It has 8636 personnel (including 1086 personnel for regional hubs. The NSG also includes the Special Ranger Group (SRG), whose 3,000 personnel provide protection to India’s VVIPs.

Formed in 1966, the Para (SF) are the largest and most important part of the Special Forces of India. They are a part of the highly trained Parachute Regiment of the Indian Army. The main aim of having a Parachute Regiment is for quick deployment of soldiers behind the enemy lines to attack the enemy from behind and destroy their first line of defence. Para (SF) conducted a series of joint exercises with US army special forces called Vajra Prahar.

7.2 Ghatak Force
Ghatak Platoon, or Ghatak Commandos, is a special operations capable infantry platoon. There is one platoon in every infantry battalion in the Indian Army. Ghatak is a Hindi word meaning “killer” or “lethal”. They act as shock troops and spearhead assaults ahead of the battalion.

7.3 Marine Commandos (MARCOS)
Marine Commandos (MARCOS) is an elite special operations unit of the Indian Navy. It is specially organised, trained and equipped for the conduct of special operations in a maritime environment. The force has gradually acquired experience and a reputation for professionalism over the two decades it has been in existence. Now it is one of the finest Special Forces units in the world and among the few units qualified to jump in the water with a full combat load.

7.4 Garud Commando Force
The Garud Commando Force is the Special Forces unit of the Indian Air Force. It was formed in September 2004 and has strength of approximately 2000 personnel. The unit derives its name from Garuda, a divine bird-like creature of Hindu Mythology. 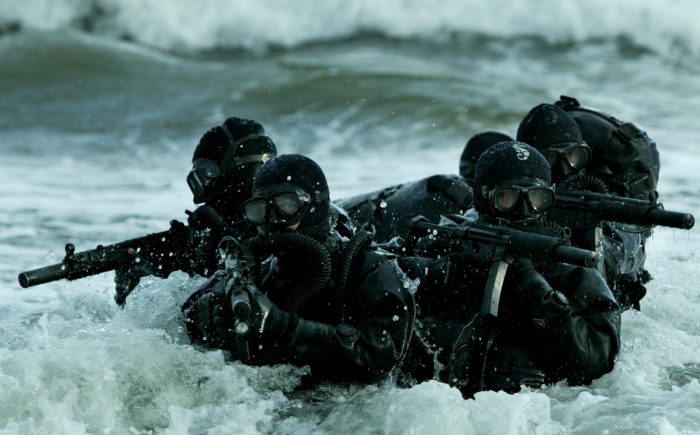 Garud is tasked with the protection of critical Air Force bases and installations; search and rescue during peace and hostilities and disaster relief during calamities. Garuds are deployed in the Congo as part of the UN peace keeping operations. 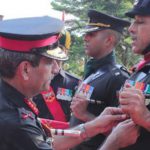