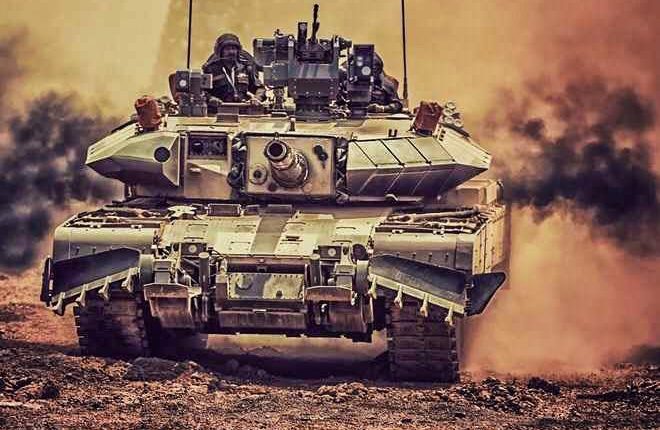 The Indian Army exists to serve the Indian people, to defend the Nation, to protect vital national interests, and to fulfill national military responsibilities. Their mission is enduring: to provide necessary forces and capabilities to the Combatant Commanders in support of the National Security and Defense Strategies. Through its large, sustained troop commitments Indian Army has been praised for taking part in difficult operations for prolonged periods. The Indian Army is large enough to devote several corps to the strike role. The army is also looking at enhancing its special forces capabilities.

TANKS played very decisive roles for the Indian Army from the beginning. Since the 1930s, there were several types of armoured cars & light tanks modified for colonial service, known as the “Indian pattern” and are tropicalized. World War 2 saw the only model of armoured vehicle built in India.

At least until the 1960s, the bulk of Armoured vehicles & tanks came from Britain. Early equipment included Armoured cars like FERRET (Not in service now), but no modern tanks before the arrival of the Centurion Mark 7main battle tanks in the early 1960s(which displayed a high level of combat against Pakistani Patton tanks)

Centurions were later replaced by the VIJAYANTA MBT in the mid 1980s.

Some of the historical tanks serviced in the Indian Army are :-

After the Kargil War with Pakistan, the Army needed a strong requirement of MBTs. Shortly after, the development of a new MBT started, known today as the ARJUN(Indigenously developed by DRDO). Although it took around 30years & the first production of tanks were out in 2004 .

Currently there a number of tanks in the service & are showing valor on the battlefields for the Indian Army. Some of these are:-

NAMICA can fire missiles at a target located around 7.5 kilometers with the extreme capability and carries 4 military personals.

There are a lot more number of tanks in the arsenal of Indian Army which when used can easily show the vigour of the Indian Army .The Armoured Core of the Army is putting his efforts high & will always make everyone proud.